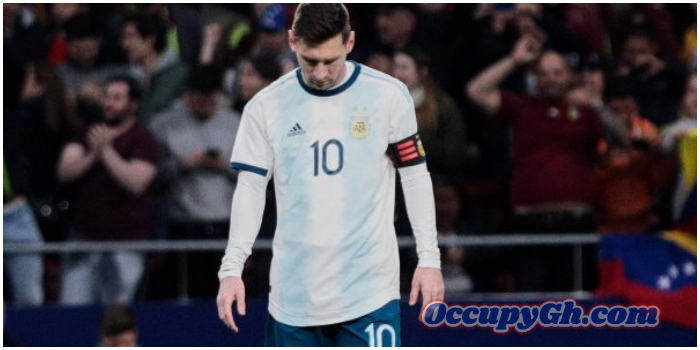 Lionel Messi suffered an injury scare during Argentina’s 3-1 loss to Venezuela in an international friendly played in Madrid.

The Barcelona talisman represented his country for the first time since last summer’s World Cup and played full 90 minutes but had an aggravated pelvic problem.

However, their Venezuelan opponent spoiled Messi’s return to the national team with a stunning win, just their second in history.

But the outcome of the match has now handed Messi an injury scare as the 31-year-old is set to miss Monday’s friendly against Morocco.

It comes two and half weeks before Barca’s Champions League clash with Man United at Old Trafford on April 10.

The Catalan side will also face second-placed side Atletico Madrid in La Liga before heading to England.