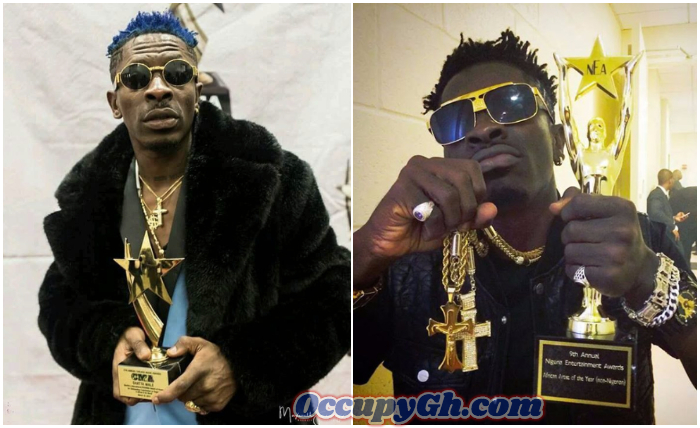 A list of achievement in terms of awards won by Ghanaian ‘dancehall king’ Shatta Wale has surfaced online and guess what, we have it here for your pleasure. 😉

Shatta Wale has achieved so much within a relatively short period in the music industry; we are talking about the period he transitioned from Bandana to Shatta Wale and we think he deserves all the plaudits he receives despite the bad persona he proudly brandishes.

He has been one of the few consistent GH artistes with back-to-back hit songs and several awards to his name in recent times.

The Gringo hitmaker has impressively won several awards within a span of six years. And guess what, he did this at the time that he got blacklisted by the organizers of the Vodafone Ghana Music Awards (VGMAs) for insulting them after an award he believed he should have won went to Kaakie.