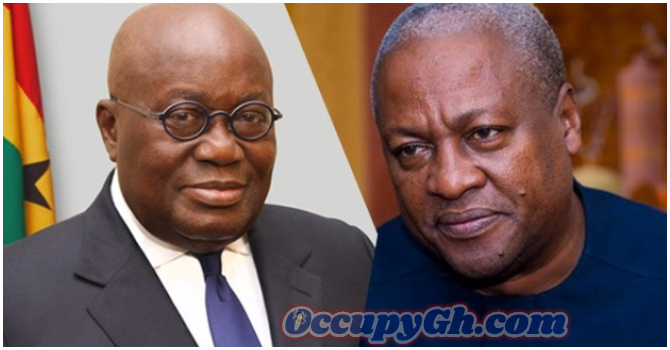 John Dramani Mahama has said in an subtle Facebook jab at Nana Akufo-Addo that Ghana’s Dr. Kwame Nkrumah is the founder of Ghana and should be celebrated but not criticized.

Ghana’s President Akufo-Addo has pushed a new Holiday Amendment Act in Parliament which proposed September 21 (Nkrumah’s birthday and Founder’s day) will now be observed as Kwame Nkrumah Memorial Day instead of Founder’s Day which honoured him as the founder of the nation.

The President said August 4th will now be the new founder’s day.

According to government, it (Aug. 4th) is “obviously the most appropriate day to signify our recognition and appreciation of the collective efforts of our forebears towards the founding of a free, independent Ghana.”

But Mahama whose party has vowed to change it when they return to power believes the whole action is a denigration to Nkrumah.

“Let us continue to thank God for how far he has brought us, as a country. We are not where we should be, but we should be thankful for the many blessing that God has brought our way.” he wrote.

“Our country’s Founder, Dr. Kwame Nkrumah, deserves on this day to be celebrated not denigrated for this tireless leadership that brought independence 62 years ago” he added.

The minority in Parliament already boycotted the passage of the new holiday’s amendment act. The majority had their way.