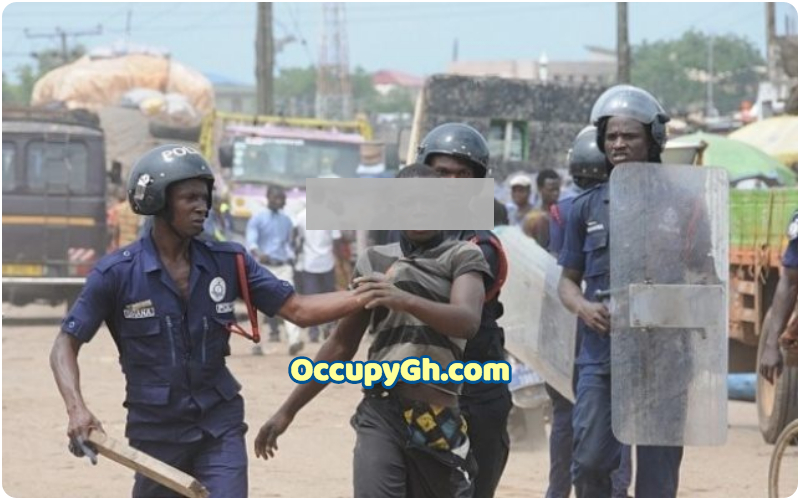 OccupyGh.com has stumbled on a story of a 29-year-old-man, Adeleye Olusesan, who was arrested for the alleged rape of a three-year-old daughter of his lover.

The Police said he committed the act on February 18 in the Ifetedo area of the state, NAN reports.

Commissioner of Police, Johnson Kokumo, while parading the suspect at the Police headquarters in Osogbo, explained that the victim’s mother left her daughter with Olusesan and went to work at a farm.

The woman discovered that her daughter had been violated upon return. The police boss said that the victim’s mother reported the matter to the police and on interrogation and investigation, the suspect confessed to the crime.

Kokumo, who said that the victim had been taken to the hospital for treatment, disclosed that the medical examination conducted revealed extensive laceration into her rectum.

The police commissioner said that the suspect would be charged to court after the completion of the investigation on the matter.