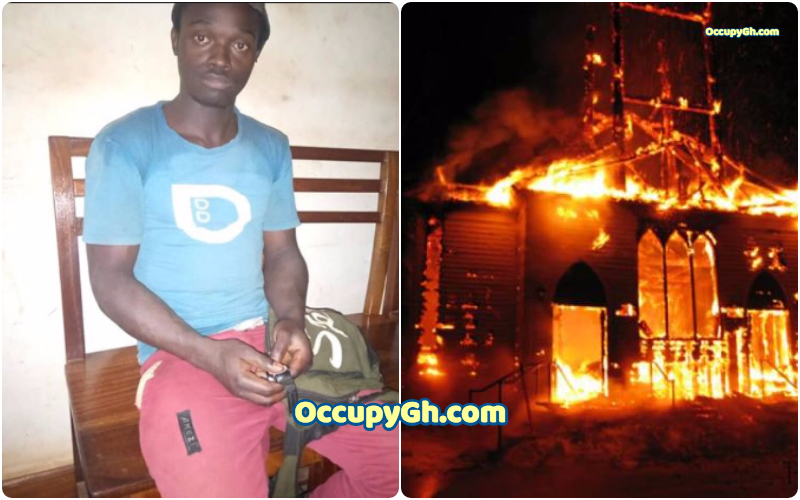 Man Burns Down Three Churches After Failing to Get Rich

A 21-year-old man identified as John Reagan Ngobi has been arrested after allegedly setting three churches ablaze in Kasokoso Kira Municipality in Wakiso District, Uganda because of the prosperity gospel preached by them didn’t help him get rich.

According to a police statement issued shortly after his arrest, the suspect told them that he got angry because he remained in poverty.

“That his poverty situation motivated him to buy two liters of petrol and one for paraffin which he used to burn church property with the intent to burn the churches completely to ashes.

In his mind up to now since he left the fire burning in these respective churches, he still believes that the churches were completely burnt.” in part reads the statement from police.

In this article:Crime, Religion, Uganda