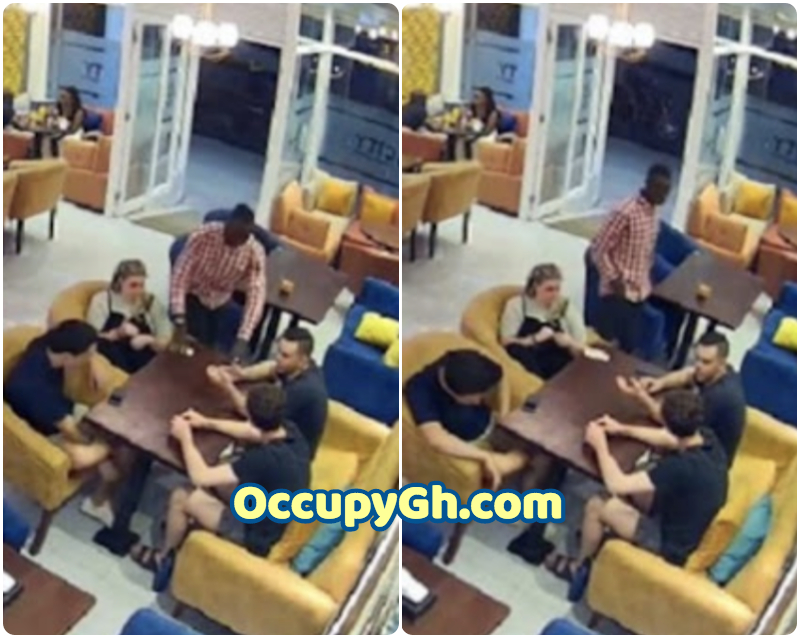 A middle-aged smartly dressed man has been captured on a CCTV stealing 2 phones from foreigners at a Kisumu restaurant in Kenya.

The phones were snatched while the foreigners were having a meal at the food joint.

From the viral CCTV footage, the smartly dressed young man is seen entering the hotel disguised as a customer.

Little did the foreigners who had put their phones on the table know that he was a thief.

He stole two phones a few seconds after walking in and took off.

Shocked by the turn of events, the foreigners screamed for help, attracting the attention of other patrons at the restaurant.

Attempts by the two victims to chase the young man and save their phones provide futile as the white woman fell on the door, giving more room for the thief to escape.

It is not clear whether he escaped on foot or he had a getaway motorbike on standby.

The foreigners whose phones were stolen are said to be part of the delegates attending the hyped Afri-Cities summit hosted in Kisumu.