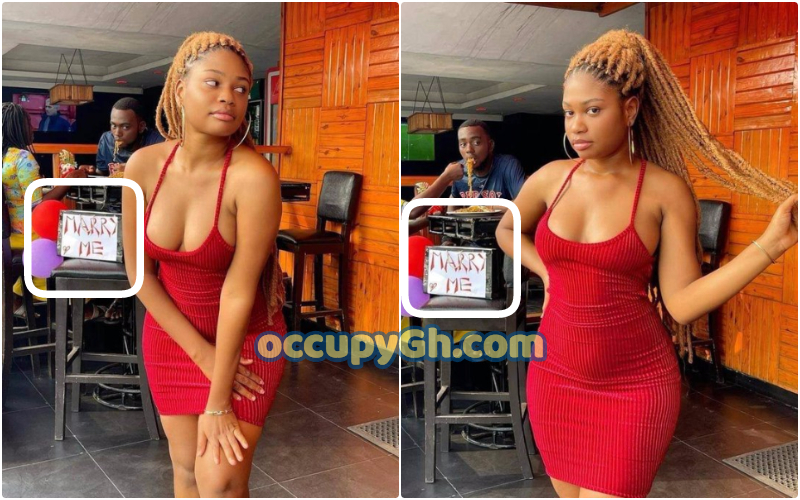 A young man believed to be in his early 20’s has been caught on camera spying on another beautiful lady right after he proposed to his girlfriend who was feeding him.

This is from a viral photo that has just surfaced online.

In the photo sighted by OccupyGh.com, the young man whose identity has not been yet disclosed is spotted at the moment where he steals a look from another beautiful woman.

He is believed to have proposed to his girlfriend at that moment and his girlfriend had said yes. A box with the label ‘marry me’ sits just next to them.

To show her appreciation, the girlfriend wanted to feed him.

While at it, he must have regretted proposing too early and decided to steal a look from another beautiful lady who was minding her business taking pictures.

Check out the viral photos below or visit OccupyGh.com for more stories.