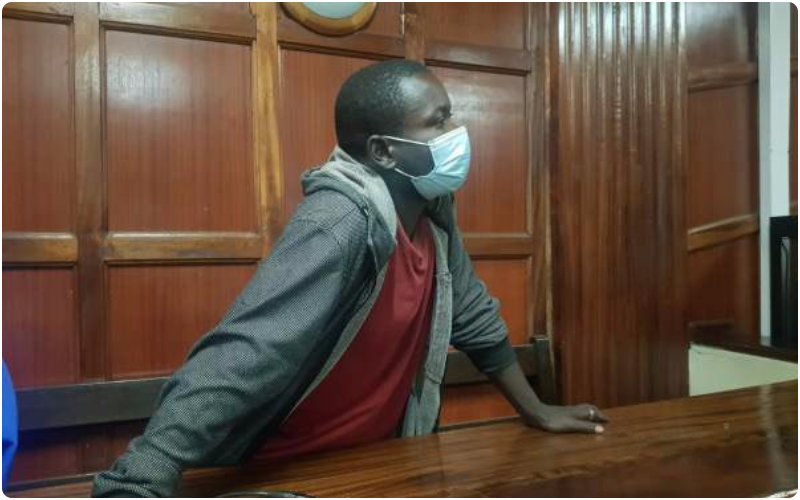 Man Caught Stealing Bible Confesses As To Why He Did It; Netizens Go Berserk

A man has been captured for stealing two Bibles from a municipal market… he confessed and revealed that he stole the Bible to preach the word of God.

Augustine Wanyonyi, who was charged before Milimani Chief Magistrate Susan Shitubi, stated that after developing suicidal thoughts, he wanted to learn more about God and His word, which led him to steal the sacred volumes.

Wanyonyi stated that he had firm faith that the word of God would break his bondage after State Counsel Alice Mathangani read a police statement in court revealing that the accused went to Naivas Supermarket on Moi Avenue in Nairobi around 3:00 pm on Monday, January 30, and stole two bibles which he hid inside his pants.

He was caught on the premises’ Cctv system and was apprehended when he refused to pay more for the products.

According to court documents, the 30-year-old man developed suicidal ideation when his home in the Mukuru Kwa Njenga slum was razed. When queried why he stole the two holy books worth Ksh2,100, the accused stated that he wanted to give one to his spouse and utilize the other.

According to the suspect;

“I stole the Bible so that I could read, understand and preach the word of God instead of committing suicide due to problems I’m facing.”

The prosecuting attorney also informed the court that the defendant had previously been convicted of shoplifting in December 2021.

The Magistrate ordered a pre-sentencing report to be submitted to the court within seven days after Mathangani’s revelation.

Wanyonyi is set to show up in court on February 16 for sentencing.