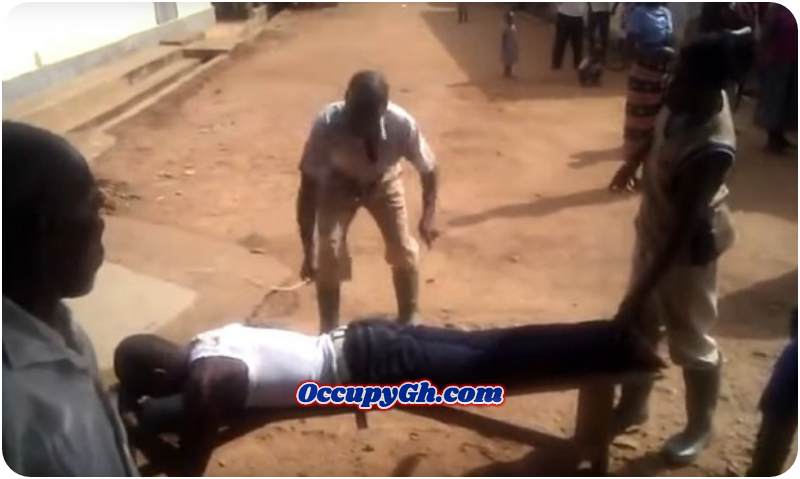 A muslim man, Ibrahim Ismail, 20-year-old, who was found guilty of eating mango during the Islamic holy month has received 40 lashes for his crime.

Ismail who was accused of eating while other healthy Muslims were fasting was found guilty by an upper Shariah court in Ringim local government area of Jigawa state.

Premium Times reports that the judge, Safiyanu Ya’u, ordered that the victim should be flogged 40 times in a market square to served as a deterrent to others.

According to him, the action of the victim contravenes section 370 of penal code law of Jigawa state.

BREAKING:  Ghost Caught On Camera Haunting Mother and Kids In Their Home (VIDEO)

According to the news medium, the flogging exercise took place at Ringim market square after a court official read before the public the ‘offence’ committed by Ismail.

Meanwhile, OccupyGh.com had reported that in a move toward fostering peaceful coexistence, Alhaji Muhammad Isa Muhammad II, the Emir of Jemaá in Jema’a local government area of Kaduna state has hosted Muslims and Christians to a fast-breaking meal.