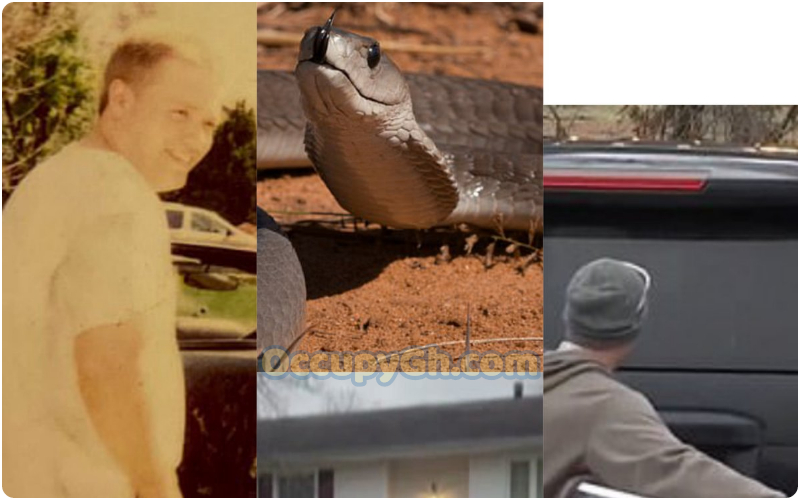 A man, David Riston, 49, has been found dead in his home surrounded by 125 caged snakes, including black mambas and a 14-foot Burmese python.

David Riston, a dad, was found dead at his home in Pomfret on Wednesday evening, January 19, surrounded by his caged pets – some of which are so dangerous they’re illegal to keep as pets in the United States.

Investigators are yet to say whether one of the snakes may have killed Riston.

Charles County Sheriff’s deputies were called to a home in the 5500 block of Rafael Drive in Pomfret at around 6pm on Wednesday night after receiving a 911 call from a neighbor, who said that he went to check on the homeowner, whom he had not seen since the day before, and saw him through a window lying unresponsive on the floor.

According to the sheriff’s office, there were no obvious signs of foul play and Riston was transported to the Office of the Chief Medical Examiner in Baltimore for an autopsy.

Jennifer Harris, a spokesperson for Charles County Animal Control, told the station WRC-TV that the breeds included rattlesnakes, spitting cobras, black mambas – the most venomous snakes in Africa – and a 14-foot-long Burmese python.

Just two drops of a black mamba’s fast-acting venom can kill a human by shutting down the nervous system and inflicting paralysis while a spitting cobra can spray venom from its fangs into its victim’s eyes from 10 feet away, causing blindness. Both breeds are illegal to keep as pets in the US.

All the snakes in Riston’s home were well-cared for by their owner according to Police. Police had to assure neighbors that if any of the other snakes have escaped, the cold winter weather will kill them before they get very far.

Charles County Animal Control Chief Ed Tucker said this is the largest private collection of snakes he has ever encountered in his 30-year career.

In this article:Animals, David Riston, USA