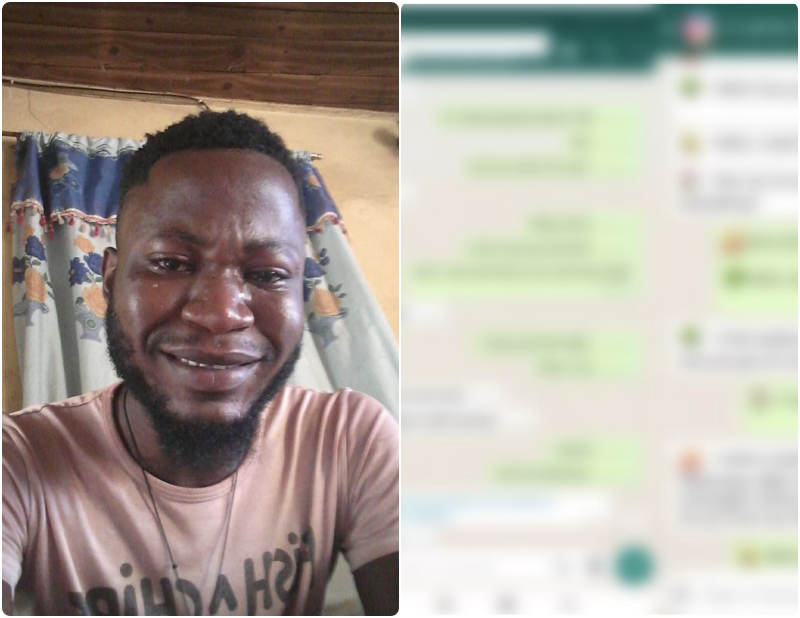 A Nigerian man has cried out in premium tears after he forcefully checked his girlfriend’s phone and looked through her WhatsApp messages.

The guy identified as Hamid was left speechless and furious as he suggested in a series of tweets that she is cheating on him.

He wrote; ”I opened my GF’s Whatsapp Today. And all I can say is OMO🤦🤦🤦

If I see any girl ranting on the timeline that men are scum or kinikan kinikan. I will trace u down and I will beat nonsense out of your Body”

When a tweep with username @Dekingdan wrote; Sh** got you speechless 😶

BREAKING:  Their Parents Failed Them - Reactions As Two SHS Students Were Caught Doing This (VIDEO)

Hamid replied; ”Somebody that tells me she can’t even stand another guy not to talk of cheating on me.”

Another Twitter user suggested that he should not complain because he is also cheating, but he dismissed such an accusation.

He responded; ”As if I was not cheating?? Holy lord. U think everyone cheats ??”