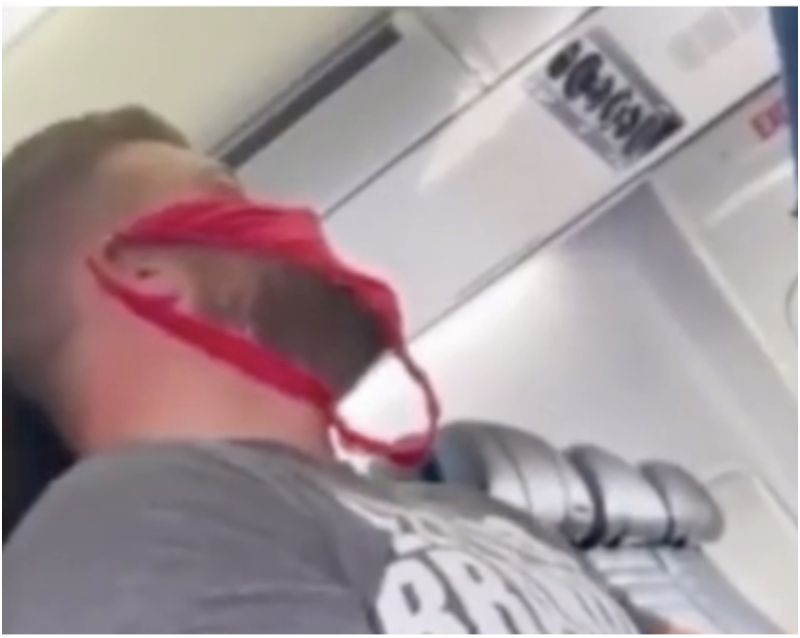 Man Kick Off Plane For Wearing Thong As Face Mask

A Florida man, Adam Jenne, was kicked off a plane for wearing thong as a face mask to protest the mandate.

“You’re going to have to come off the airplane. We’re not going to let you travel,” a flight attendant says in the clip recorded on a passenger’s cell phone.

“Why?” Jenne asks. “You’re not in mask compliance,” the attendant replies.

Jenne, 38, of Cape Coral, later told NBC 2 that he found the mask requirement on planes absurd.

He also said this wasn’t the first time he’d worn his thong-cum-mask aboard a plane to protest the rules.

“Every single flight has been met with different reactions from the flight crew,” Jenne told the news outlet. “Some with a wild appreciation, others confrontational.”

Jenne’s mask stunt struck a chord with other passengers, some of whom even exited the plane with him to show their support.

“Did he just get kicked off for wearing a mask?” a man asks staff in the video after Jenne’s expulsion, before adding, “I’m out of here, forget it. I’m out of here.”

Undeterred, Jenne said he planned to don the red panties again on Thursday when he is due to fly with another airline.

“Hopefully, Spirit Airlines has a better sense of humor,” he said.

In this article:Instagram, USA, Viral