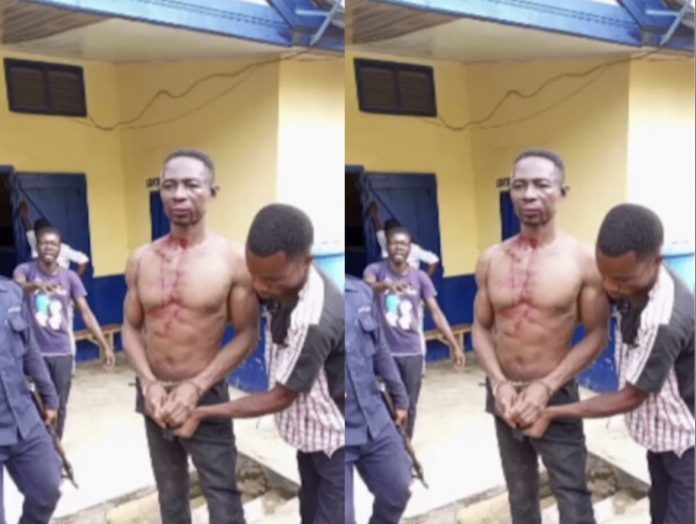 Sad news coming from Wawase in the Ashanti Region of Ghana has it that, a supposed Palm but cutter has allegedly killed his best friend, teacher, and his grandfather for some weird reasons.

BREAKING:  A Group Of Ladies Team Up To Beat A Kokonsa Boy In Their Area (Video)

A video of the said incident has just surfaced on social media as well.

According to the details gathered by occupygh.com, the accused killed his friend after he had a dream of his friend sleeping with his Fiancee.

Convinced from the dream, he felt that his friend would probably be having an affair with his fiancee.

He reportedly stormed the friend’s house and stabbed him severally to death for the dream not to manifest.

He has been arrested by the Wawase Police and being prosecuted for causing such a crime.