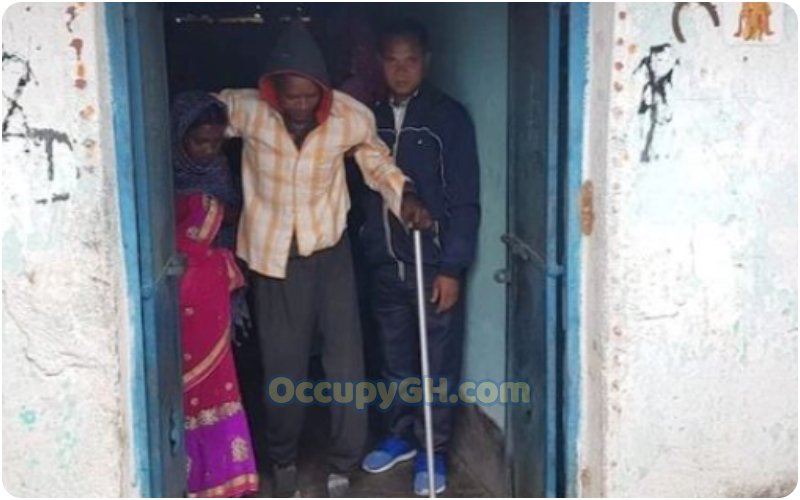 A man who allegedly got paralyzed in a car accident has claims that he can now walk and talk after taking COVID-19 vaccine.

Dularchand Munda, 55, was paralyzed in 2017, losing his ability to walk and talk.

He had a spine injury after he suffered a car crash. This left him bedridden and unable to speak.

But hours after being given the Covishield vaccine, he says he could feel his legs moving again and even managed to walk around, with the help of a walking stick.

Also, he has been able to talk for the first time since the accident, NDTV reported.

Dularchand, from Salgadih village, India, said: “Glad to have taken this vaccine. I can move my legs after taking the vaccine on January 4.

“My voice came back and my feet also moved.”

Footage shows the granddad getting to his feet and walking around.

Dularchand’s family says he was treated after the car crash four years ago but he never regained the ability to walk, until now.

Dr Jitendra Kumar said: “Amazed to see this. But it needs to be ascertained by scientists.

Albel Kerketta, in charge of Petarwar health centre, added: “Accurate information and answers will be available in the coming days when the medical world will conduct research on Dularchand Munda’s illness and his recovery.”

In this article:COVID-19, South Africa