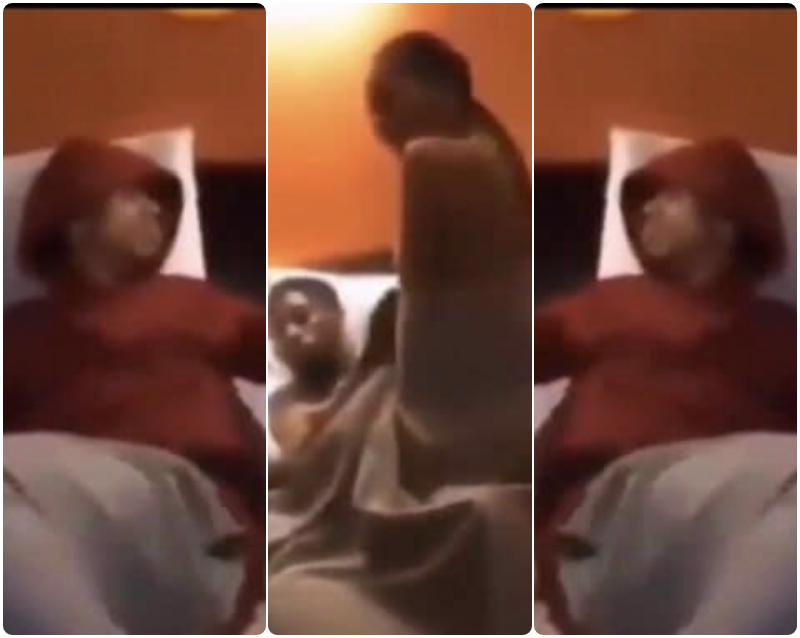 A young man is currently the center of attention as his video that sees the moment he refused to excuse his roommate has just surfaced online.

His roommate apparently brought in his girlfriend for the night.

In the video which is fast trending on social media, the man can be seen doing a selfie video showing the session his roommate was having with his girlfriend who had no idea what was going on behind her.

The distraught roommate pleaded with the guy to excuse them so he can knɛck the girl using sign language but he refused.