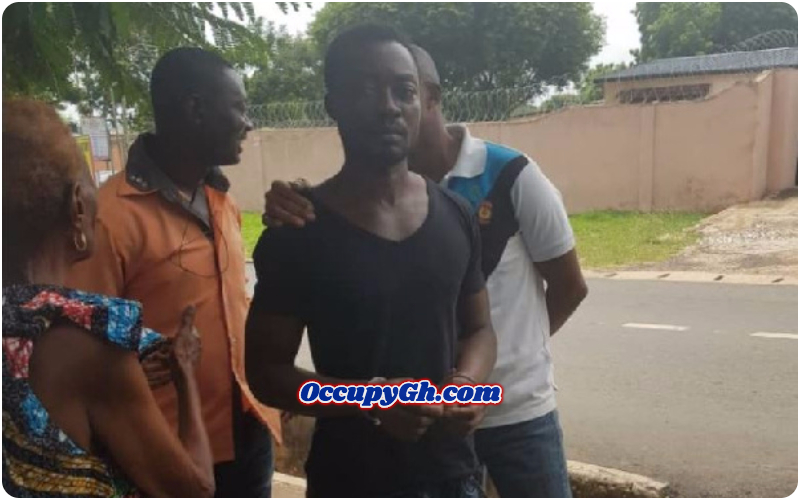 A young man who stabbed his wife multiple times in the head for refusing to allow him to use her money to pay a prostitute, has been arrested and in the grips of the Nima police command.

Known only as Kofi, the father-of-two was arrested by the police upon a tipoff.

ClassFMonline.com sources say he is likely to be arraigned on Monday, 17 June 2019.

Narrating her ordeal to Class91.3FM’s Felicity Naana Nelson, the victim, Akua, said the incident happened on Monday, 27 May 2019 at Kanda, Accra.

According to Akua, her husband spent the night out.

He returned home the following morning in the company of a prostitute who was demanding payment for her nightly service.

Akua, a hairdresser, said her husband stole her money to pay the prostitute, an action which sparked a heated argument between them.

Akua said in the evening of the same day, she felt a sharp pain in her skull while asleep, only to wake up to see her husband stabbing her multiple times with a knife.

The victim said she pleaded with him to stop and screamed for help.

Fearing the consequence of his action, the suspect fled the scene.

Akua said she was rescued by her neighbours who took her to the hospital and reported the incident to the police.

Akua said she wants her husband arrested and jailed for attempting to kill her.