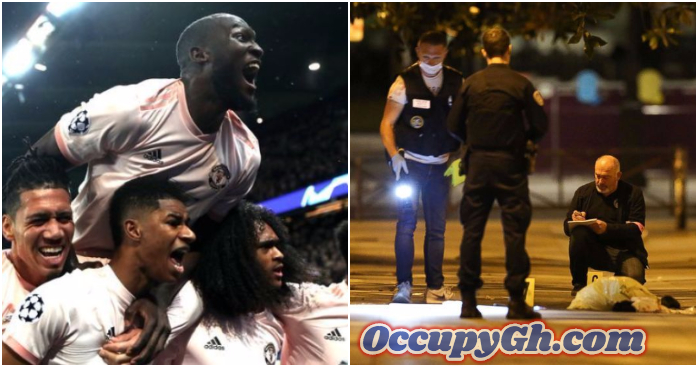 A 44-year-old Manchester United fan was stabbed in Paris after the club’s dramatic win over Paris St-Germain on Wednesday.

The football fan is having emergency surgery in Paris after being stabbed in the chest by a taxi driver following Wednesday night’s Champions League match.

The 44-year-old was travelling back to the city centre after the game with three other supporters when the driver took offence to them singing in celebration of United’s dramatic late winner.

Sky Sports News report indicates that the driver pulled over to get them out of his taxi, before pulling out a knife and threatening the female passenger in the group.

The victim tried to intervene to protect her, but the driver then turned the knife on him, stabbing him in the chest with what’s been described as ‘a large blade’.

He was left lying on the pavement fighting for his life when one of the group was able to flag down a passing car and rush him to hospital.

The United fan was taken straight to the High Dependency Unit at the Hospital European Georges-Pompidou – and underwent surgery on Thursday afternoon to remove blood on his lung.