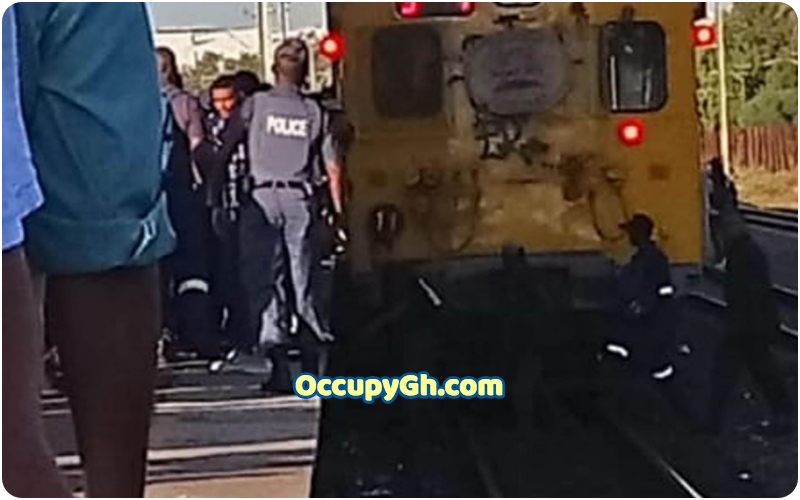 A young man in Cape Town met his untimely death when his body cut in half in an attempt to catch a train at Brackenfell station.

Commuters had to contend with delays of more than two hours after a man’s body was sliced in half after being hit by a train at Brackenfell station.

Western Cape spokesperson Mihlali Majikela confirmed the incident took place at 6.30 pm on Monday and that an inquest docket had been opened for investigation.

“It is alleged that the deceased (male) fell and was hit by a train. He was fatally injured and was declared dead on the scene,” said Majikela.

The Daily Voice reported that there was chaos at the train station after the victim’s remains had been strewn across the railway tracks.

His upper body was lying on the train tracks while his lower half lay between the platform and tracks.

According to witnesses, the man had been running to hop on the moving train when he fell.

“The train was already moving and he ran to catch it. The people started shouting at the conductor to stop the train,” said a commuter.

“It looks like he fell and landed under the train. He was cut in two, it was a gruesome sight.”

In June last year, a man’s body was split in two after he stepped in front of a train near the old Clovelly train station in Fish Hoek, South Africa.

It was believed to have been a suicide. The 45-year-old man had stepped in front of the train at 1.50 pm on a Wednesday.

In this article:Accident, South Africa, Viral