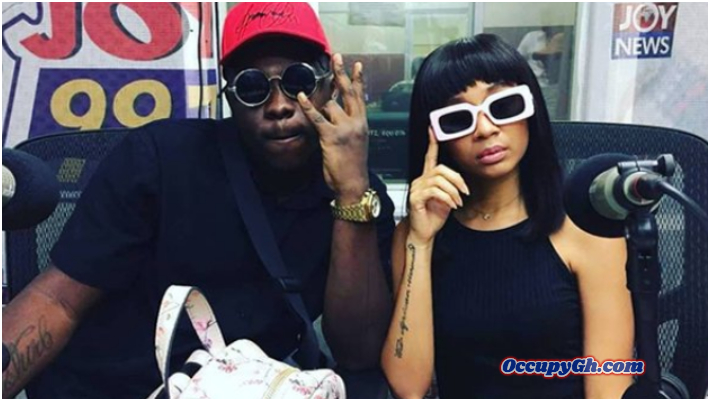 Medikal has finally clapped back on Sister Derby after months of being tagged a cheat by the latter. (Video below)

In an interview with Lexis Bill on Joy FM’s “Drive Time” show, Medikal revealed that he has never cheated on Sister Derby as widely spread by her and others.

“I never cheated on her. They were just rumours and sometimes when you listen to people too much that’s what happens. It is not something I would like to address. I am not a cheat,” Medikal stated.

He further revealed that Sister Derby was paying too much attention to stuffs and rumors trending online about him and that was one of the stuffs that collapsed their relationship.

Medikal broke the heart of his longtime girlfriend who contributed immensely to his career.

He went in for the love service of Fella Makafui after breaking up with Derby.

Many hinted that they will soon break up but it seems they are meant for each other.