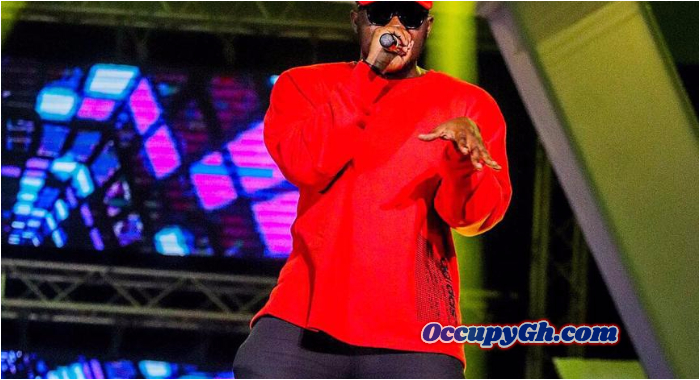 Rapper MEDiKAL’s 2019 3Music Awards performance constituted a highlight of the event, which came off at the Fantasy Dome in Accra yesterday, March 30.

Famed for multiple street anthems and a dozen contemporary showbiz jargons, the AMG Beyond Kontrol man is also widely tipped to win “Rapper of the Year” at this year’s VGMAs.

MEDiKAL’s entree was heralded by thunderous exhaust sounds from two motorcycles. His girlfriend, Fella Makafui, who was anticipated to join him onstage for his performance of “Omo Ada,” was absent. Instead, she was replaced by two adorable pre-teens well versed in shaku shaku and lamba steps.