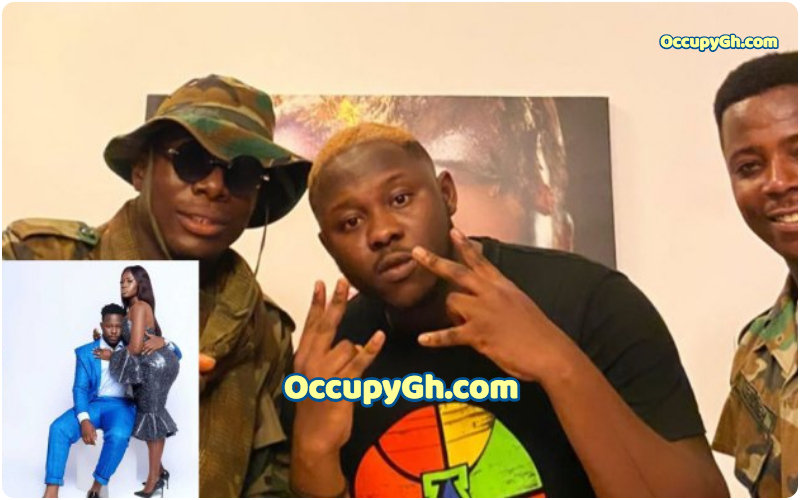 Medikal's Soldier 'Bodyguard' At His Wedding Has Been Arrested (VIDEOS)

Following Medikal and Fella Makafui‘s wedding over the weekend, news coming in has it that the soldiers who apparently have little knowledge about serving as bodyguards at private events have been arrested and pending investigations according to Head of Public Relations, Colonel Eric Aggrey Quarshie.

The Head of Public Relations, Colonel Eric Aggrey Quarshie in an exclusive interview with GhanaWeb revealed that soldiers in uniforms acting as bodyguards at private events without approval had become “one too many” and “hence the need to clamp it”.

The full report published by GhanaWeb continues that;

“Colonel Quarshie further noted with concern that the practice was bringing the name of his outfit into disrepute and maintained that personnel from the Ghana Armed Forces were not for hire to the highest bidder.

He stressed that the officers who had been picked up were being investigated and the appropriate sanction or otherwise would be carried out since the practice was illegal.

He added that the sanctions to be meted ranged from caution to even dismissal depending on the outcome of the investigations.

Some persons clad in Military uniforms with their faces veiled, turned up at the traditional wedding ceremony between rapper Samuel Adu Frimpong and Fella Makafui on Saturday, March 7 at Adjringanor near East Legon in Accra”.

Apparently, those soldiers present and acted as bodyguards at Medikal and Fella Makafui’s marriage ceremony never sought permission from their bosses.

In this article:Fella Makafui, Medikal, Wedding