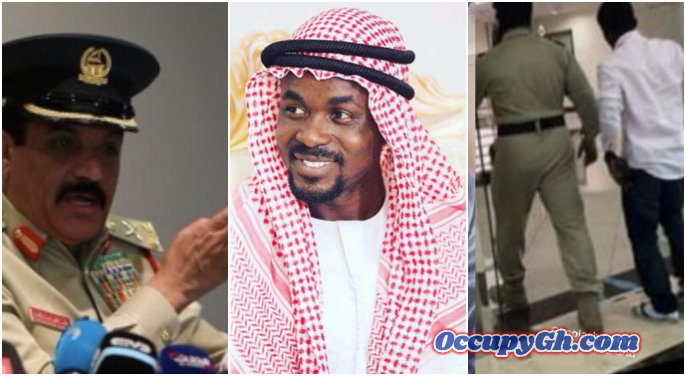 Nam1’s Publicist Ghkwaku has disclosed the identity of the infamous Nigerian man with the name Ade Oguntomole Yinka, who is behind NAM1’s arrest in Dubai.
The information also had it that the embattled Menzgold CEO is currently serving a jail term in Dubai.

The blogger took to his Instagram page to release the passport of Ade, and wrote that he is the reason NAM1 had not seen the sun in Dubai for the past 4 months.

According to GHkwaku, NAM1 has been in the custody of Dubai police for the past four months. He hinted that NAM1 could be freed the moment Ade, who also owns a Ghanaian passport, is arrested.

Meanwhile, the Menzgold boss has been arrested in Dubai earlier in January following claims that he duped a citizen of that country in a gold business.

He was also declared wanted by INTERPOL after he allegedly absconded with the money of many Ghanaians who had invested in his company.