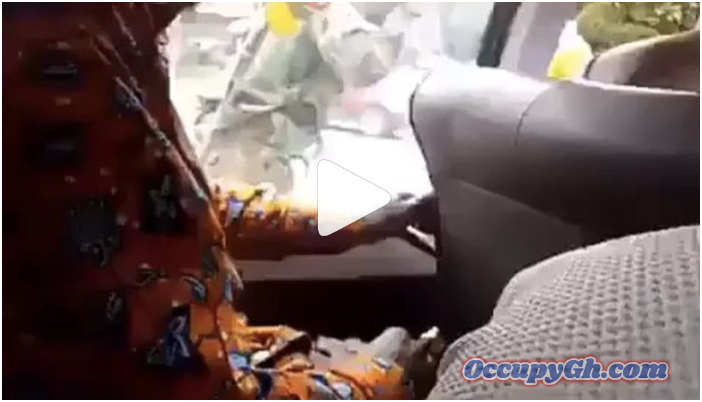 The way and manner some Ghanaian military officers brutalise civilians is really sad and it’s as if Ghanaians are still under military rule or being ruled by a dictator.

There are laws in Ghana yet some of these military officers always take the laws into their own hands and do whatever they want to harmless civilians just because they are in military uniforms.

In this video sighted by GhanaCelebrities.com on Instagram, a Ghanaian military officer was seen lashing a commercial bus driver for apparently doing the wrong thing ─but is that how to deal with a driver who has gone against the law?

It’s high time these military officers allow laws to work than to take it into their own hands and treat civilians in a barbaric manner because we are not living in the jungle or the 13th century!