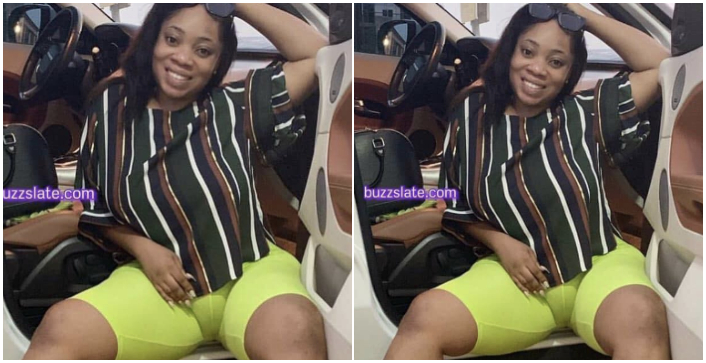 Moesha who lamented on a recent interview that she will never date a poor man, has given reasons being that she once dated one but he ended up breaking her heart after she struggled together with him.

Speaking on the interview with SVTV AFRICA, Moesha said: “My first boyfriend was a man without cash and we were struggling together but he cheated on me severally and got my heart broken. After such experience, I vowed never to date a broke guy.”

“I can’t date a man without a car, a man with at least a corolla or a Hyundai isn’t bad for a guy who wants to date me” She said further

Contrary to the notion that she dates several men, Moesha has gone as far as advising other ladies to shun the practice, saying it can never make them rich.

“Sleeping with different men will never make you successful or rich. No man will spend on a hoe, men love women who are exclusive. Don’t believe in everything you read on social media and don’t believe in rumours and gossips, “ The curvy actress said.