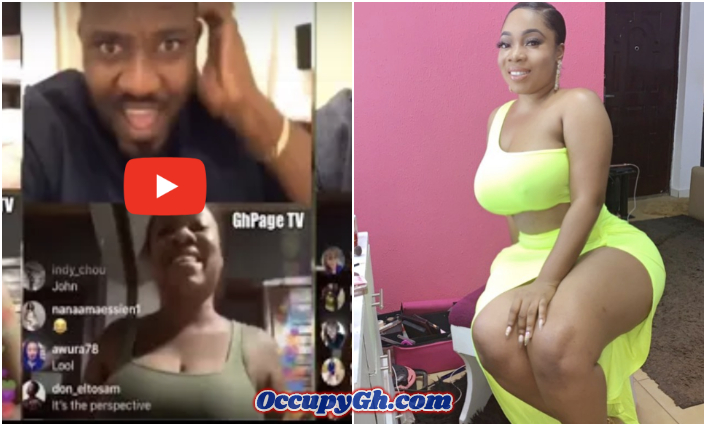 Ghanaian actor John Dumelo had an Instagram-live session with colleague actress Moesha Boduong and they surely had an interesting discussion. (Video below)

John Dumelo and Moesha were supposed to interact with their fans and give out tickets for their upcoming movie ‘Away bus’ but John was distracted by the actresses huge boobs.

The father of one couldn’t help himself than scream when he saw the slay queen’s huge breasts.

John Dumelo who is known to be a hilarious person couldn’t take his eyes off Moesha’s boobs as he showered praises on her.

John Dumelo got married to his long-term girlfriend Gifty Mawunya in May 2018 in a private ceremony which was graced by former president John Mahama and other celebrities. They welcomed their son in October, just five months after they got married.