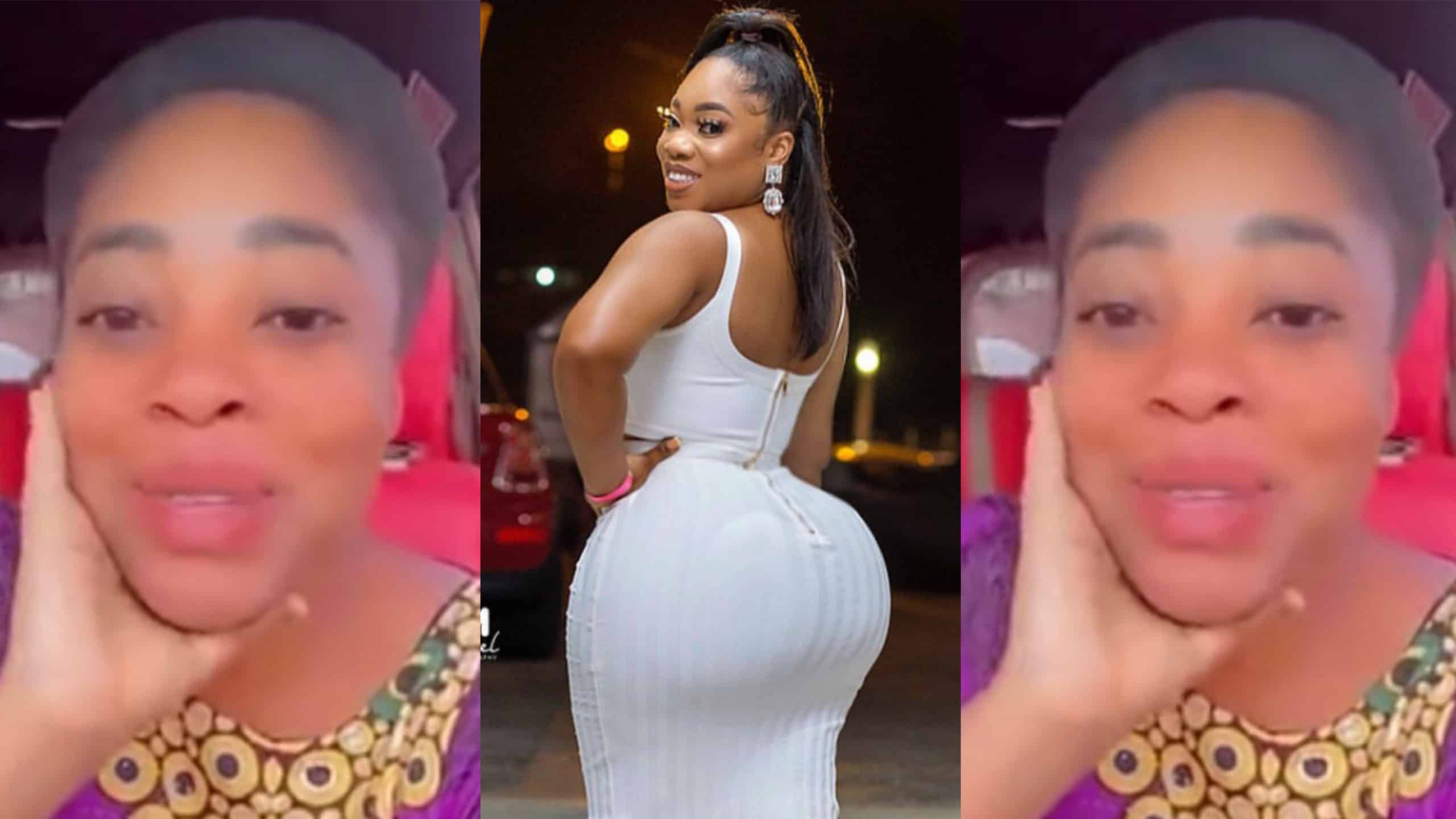 Actress and socialite Moesha Boduong has attracted a ton of traffic to her Instagram profile after posting a video of herself dancing sensually to “Edey Rush” by Arya Starr.

Earlier this year, Moesha apologized in an emotional video to Ghanaians and all the girls she had encouraged to date wealthy married men after declaring that she had truly repented and devoted her life to Christ.

She removed all the lewd photographs from her Instagram page and other social media accounts in accordance with her new life.

Now that the actress has clearly reverted to her old ways, nothing will be able to stop her this time.

As a matter of fact, she promised her admirers in the video that went viral on social media that they could anticipate more from her now that she was fully recovered.

Moesha Boduong has finished her time of duty to God and has returned to her carefree lifestyle, which included drinking alcohol, dressing scantily, going out, and dating sugar daddies.

Watch Her Video Below: