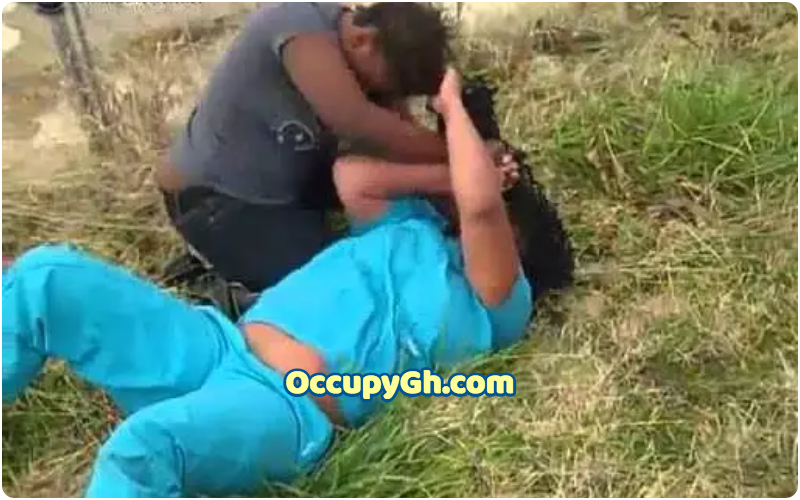 It happens on Sunday afternoon, a 42-year-old woman identified as Monica engaged her teenage daughter in a street fight after she allegedly snatched her boyfriend.

According to an eyewitness, the street brawl caught the attention of a curious crowd at a busy road opposite St Brigid’s Girls College in Asaba on Sunday.

The mother was alleged to have snatched the daughter’s boyfriend, who works in one of the oil companies in Warri. The17yrs old daughter became very furious when she heard that her boyfriend was caught pants down with her mother in a hotel in the state. The trouble between the mother and her daughter became aggravated when the lover boy began to act in a strange manner towards the girl.

During the public fight, the daughter was said to have called the mother a shameless woman and a prostitute, who drove the father out of the house with her unbridled quest for s#x.

Speaking to the Leadership correspondent at the scene, a relation of the woman, who did not want her name in the print, blamed the situation on her sister, whom she said disappointed women folk, especially mothers.