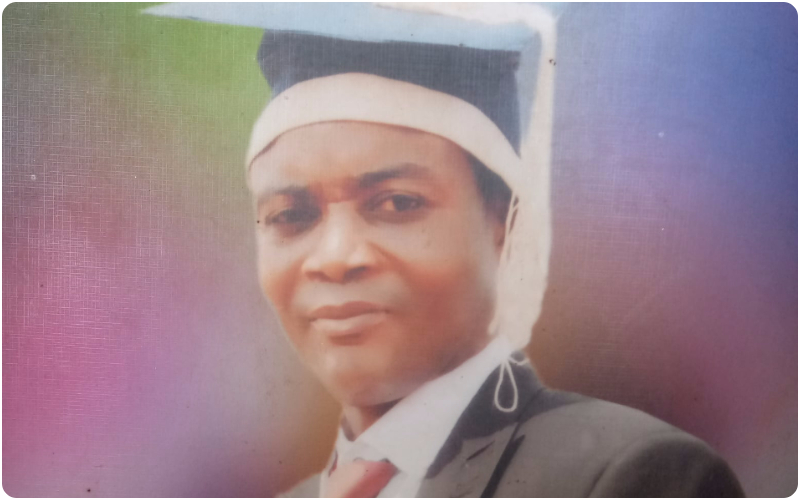 A mother and her son have allegedly killed a high court registrar, Paul Eghodibie Ezenwosi over GH¢34 ($6) debt in Delta, Nigeria.

The suspects, Stella Osafile and her 16-year-old allegedly hit Paul Eghodibie Ezenwosi on the head with a plank when he went to demand for the N2500 they are owing him.

Speaking with Ika Weekly Newspaper during a visit to the bereaved family in Owa-Ekei, wife of the deceased, Mrs. Uwaoma Ezenwosi said that her late husband sold a hen to Mr. Augustine Osafile during the year 2020 Easter period at the rate of Five Thousand Naira, (#5,000), he paid the sum of Two Thousand Five Hundred (#2,500) and promised to pay the balance money on a later date.

“Ever since last year, my husband has been going to Augustine’s house for the money. Each time he goes there, his wife Stella and his sixteen year old son, Marvelous will embarrass him, calling him names and threatening to deal with him if he refuses to stop coming to their house,” the widow narrated.

“Of recent, that was on Thursday, May 29, 2021, my husband left home at about 6pm to get the money from Augustine, on reaching there, he met his wife Stella and his sixteen years old son, Marvelous at home.

“My husband requested to see their father, Augustine and they knowing my husband’s motive for coming, told him that their father was not around. On leaving the house, he met a friend, whom he was discussing with when Stella and his son, Marvelous came and started fighting him,”

She claimed that when they saw that her husband dying after using plank to hit him on his head, they rushed him to the Owa-Alero Hospital.

“On reaching the Hospital, they told the Doctors that my husband was involved in an accident that was why they brought him to the hospital and left. She further stated that her husband died few hours after he was brought to the hospital.” she said

Mrs. Ezenwosi called on the Police to carry out their investigation with fairness and justice.

The newspaper reported that Mr. Augustine Osafile has been arrested by the police in Owa-Oyibu Division while his wife, Stella and his son, Marvelous had gone into hiding.

Meanwhile, the remains of Mr. Paul Eghodibie Ezenwosi has been deposited in the morgue.