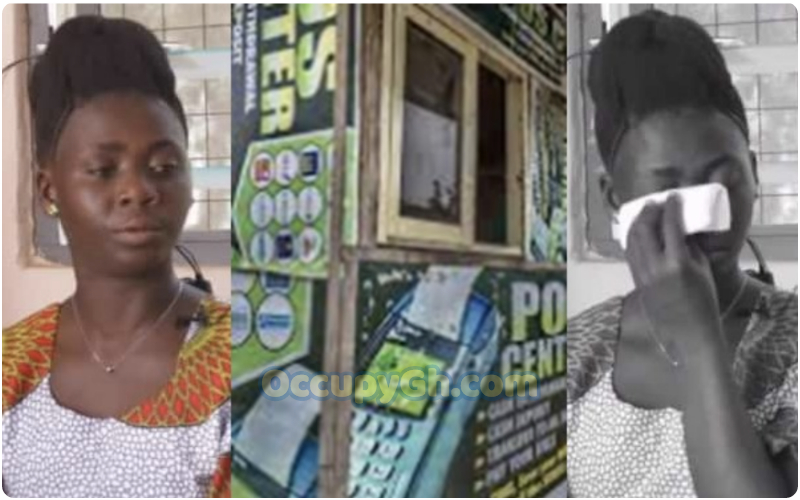 A former mobile money operator has recounted how she was jailed for two and a half years after she mistakenly sent over GHc3,000 to a client.

Gifty Tetteh revealed that while sending the money she wrongly transferred GHc30,000 but discovered the error later in the evening when she was balancing her books.

According to her, MTN subsequently confirmed that the recipient had withdrawn the money, but all efforts to get him to return the cash proved futile as he refused to answer his calls.

In an interview with Crime Check Foundation’s Ibrahim Oppong Kwarteng, a teary Gifty disclosed that she agreed with her deprived parents to pay Ghc1,000 every month to her boss.

Gifty further mentioned that she paid the exact amount for four months to the police but paid Ghc800 on the fifth month. This enraged her boss who then got her arrested for breaching their agreement.

The 27-year-old was then charged to court, but she claimed that she couldn’t tell the presiding judge she was paying the money because of the trauma she experienced for being in court for the first time.

Gifty was handed two and a half years imprisonment and still asked to pay the money to the complainant after her release.