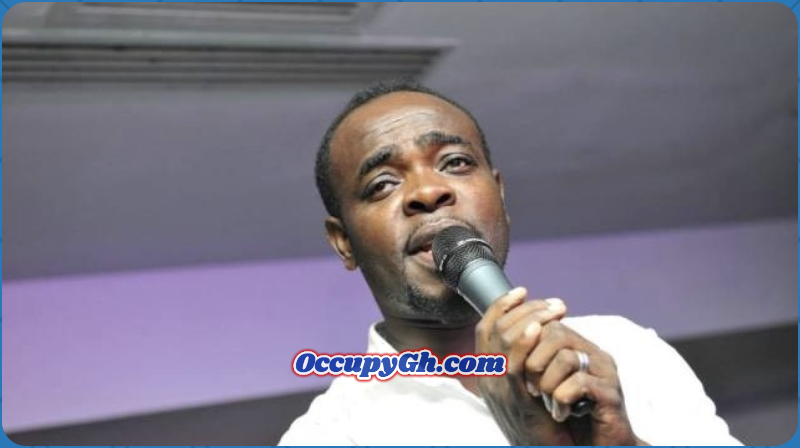 A renowned highlife veteran musician Kofi B has suggested during an exclusive interview observed by OccupyGh.com on Peace Fm with host Kwesi Aboagye that the dancehall music genre should be banned in Ghana music.

According to the musician, this genre has brought nothing but “Today fight, tomorrow fight” in the country, and he sees it best if the genre is banned.

“We have to be one, there is no need for gun pulling and fighting over titles. What happened on the VGMAs night was very bad, so what if the gun had shot someone? It’s high time we sit down as an industry and ban that Dancehall genre.”

“Today fight, tomorrow fight, everyday they are fighting over titles and more, we are tired of them, this dancehall genre is even a foreign culture, we should ban it for good.”

As it stand, Kofi B isn’t the only one who wouldn’t promote the dancehall music genre. Reggae music personality, now radio presenter at Zylofon FM – Blakk Rasta has once said that he doesn’t play anything dancehall on his radio show.

This revelation from the Reggae musician attracted lovers of the dancehall genre to lambast him for his hypocrisy. According to Blakk Rasta, the genre has been chaotic from inception. And since he is now a ‘Man of God’ it best he distance himself from it.

Blakk Rasta made this revelation commenting on the brawl that happened between dancehall artist Stonebwoy and Shatta Wale at the 20th edition of Vodafone Ghana Music Awards (VGMA) 2019.
Source: OccupyGh.com

In this article:Dancehall, Kofi B, Shatta Wale, Stonebwoy