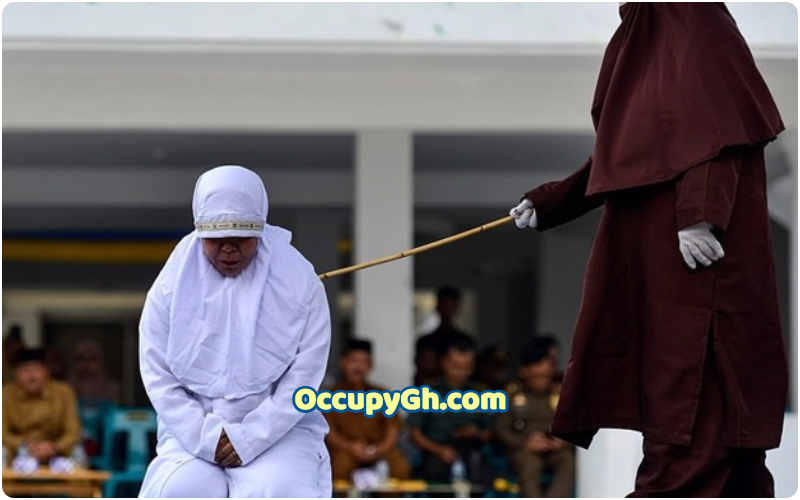 Muslim Woman Who Has Sex Outside Marriage Cane In Public (PHOTOS)

An Indonesian woman was caned in public in Indonesia’s Aceh Province for having s#x outside marriage, a crime punishable under strict local Islamic law.

The woman was whipped alongside seven other people outside a mosque in the provincial capital, Banda Aceh.

Dozens of people alongside religious officers gathered outside the mosque to watch the offenders as they received their punishment respectively.

In the photos, a masked sharia officer known as an ‘algojo’, was pictured canning the offenders between five to 45 lashes on their backs.

Public whipping is a common form of punishment for a range of offenses, including gambling, drinking alcohol, and having gay s#x or relations outside marriage in Aceh, which is the only region in the world’s biggest Muslim-majority country that imposes Islamic law.

In this article:Indonesia, Infidelity, Marriage, Religion