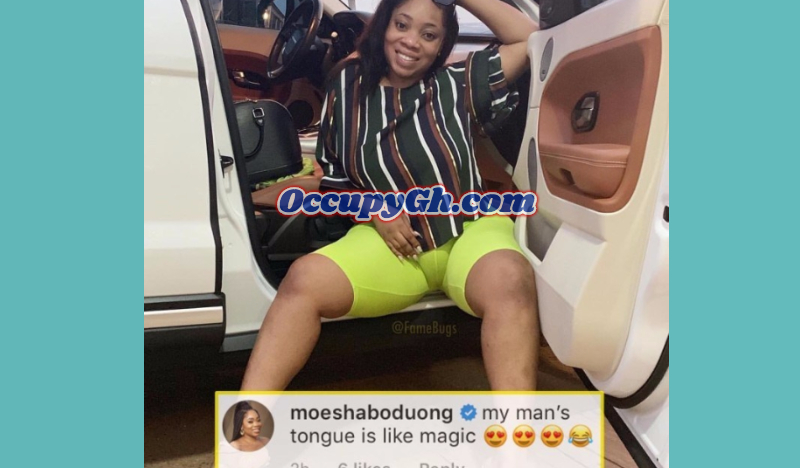 On the back of actress Emelia Brobbey’s revelation on GhOne TV’s “Duvet” show that women value l*cking than anything during s-xual encounter with their men, Moesha Buduong who has been in the banging game for long has in a comment shared how her man makes her feel she is on top of the world during their banging encounters.

Emelia Brobbey on the “Duvet” adult show shared how she loves to be l*cked during banging and even disclosed that 70% of women feel their men love them when they eat their honeypot during s-x.

Moesha Buduong commenting on Emelia Brobbey’s experience on the “Duvet” show showered praises on her man by saying; “My man’s tongue is like magic”.

Relating Moesha’s comment to Emelia Brobbey’s experience on the “Duvet” show, all that Moesha is trying to say is that her man’s tongue has been performing the magic in the bedroom.

Moesha Buduong also added love and laughter emoji to her “My man’s tongue is like magic” comment and this is a clear indication that she is really been treated well s-xually by her man.