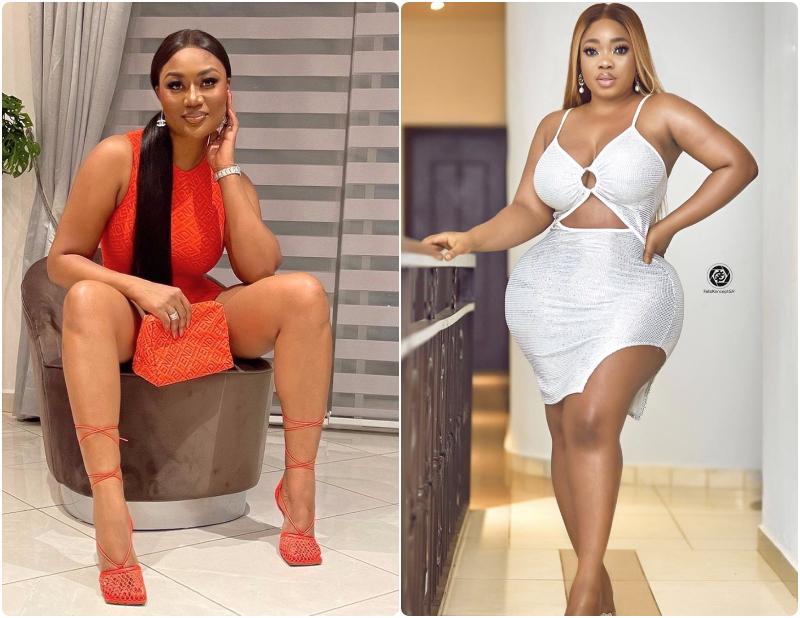 Born-again Christian Moesha Boduong is currently in the headlines for making an ‘obvious’ confession while commenting on celebrity colleague and law practitioner Sandra Ankobiah’s post.

In a now-deleted post, Moesha apologizes to his now pal Sandra for labeling her as hanging around a drug-addict boyfriend.

She also wittingly noted that Sandra made jokes about her fake designers.

Moesha also noted in her lengthy comment how Sandra will soon marry her (Moesha’s) uncle and the two will live happily ever after.

However, one other thing captured our attention.

In a form of prophecy -I guess- Boduong asserted that Sandra will soon go back to practicing law and defend prisoners.

Eventually, she will take people out of jail and help ‘many prostitutes to find a job and they will love us because we both date men for money…’.