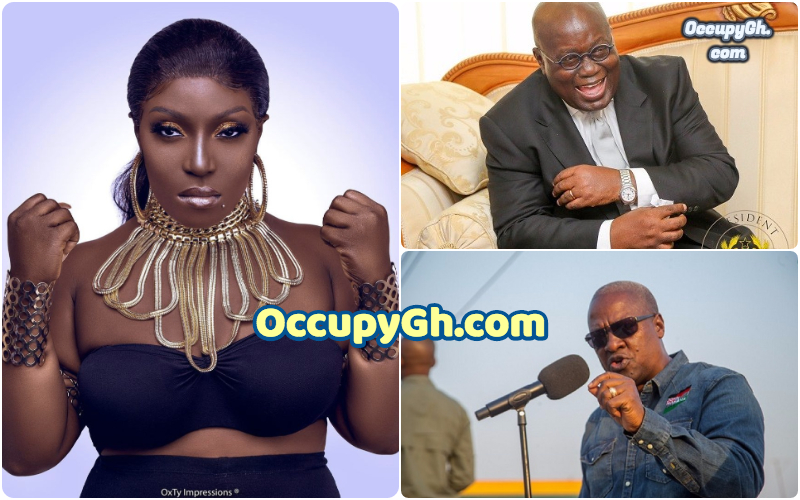 Ghanaian rapper Eno Barony has refuted claims that her newly released single, ‘Ayeka’ is a song to troll the NDC.

According to Eno Barony, her latest song is not politically motivated.

Eno also revealed that since the song is not a political one, it is therefore not aimed at trolling or mocking the National Democratic Congress (NDC) for losing this year’s election.

She also noted that the catchy phrase in the song ‘Nana Aba’ is not to address the sitting president of the nation but it is to represent an old lady.

Eno Barony’s latest song ‘Ay3ka’ was released just after the EC chairperson announced Nana Akufo-Addo as the winner in this year’s election.