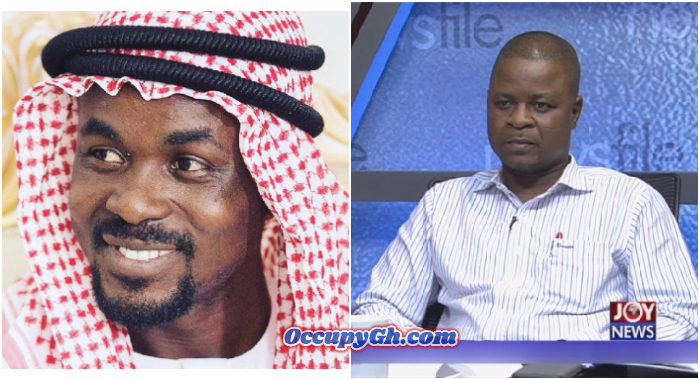 According to him, claims about NAM 1 duping a business man in Dubai were all false as his acquittal has proven.

Mr. Kpemka said he met with Nana Appiah Mensah for the first time when he visited him in a “one on one” meeting after he was granted permission by security officials in Dubai.

This was possible because Mr. Kpemka was part of a government delegation dispatched to the UAE, to work towards his possible extradition to Ghana, with the aim of getting him to settle his frustrated customers.

Speaking in an interview on Accra-based, Zylofon FM, which is coincidentally owned by NAM 1, Mr. Kpemka disclosed that he met with NAM 1 in the United Arab Emirates and they had a frank conversation on all that had transpired on his arrest in Dubai, over claims that he [NAM 1] duped a businessman to the tune of $61m.

Among other things, Mr. Kpemka explained that the narrative in the media about NAM 1 duping a businessman was false. He explained that NAM 1 was arrested because he acted as a middleman in a gold deal involving the victim, and that he did not participate in the supposed fraudulent business.

Mr. Kpemka also refuted allegations from some section of the public that his meeting with NAM1 as he claims neer happened.

“….The office of Government in particular said that I among other people should go to Dubai and follow up on what was happening and see what could be done in diplomatic circles to bring him back to Ghana, we took part in it actively and when we got there, myself, my colleagues together with the consulate General and Ghana’s head of mission in Abu Dhabi we all went to meet the metropolitan police and after, we were given access to NAM 1?

“When we given access to NAM 1,we had a meeting with him. I had never met him in my life, but after he requested to have a meeting one on one and he narrated his story and when I heard the story I came to the conclusion that he has not committed any offence. Information that went to the court and what I know is hasn’t been that NAM 1 took the money per se. All those running commentary along those lines are false. The information was that the complainant were alleging that someone duped them through the introduction of NAM 1…when I listened to the story NAM 1 gave, it was clear that he did not participate in anyway to the circumstances leading to what happened.”

Speaking in the interview, he said he doesn’t “deserve to be in office as Deputy Attorney General” if he did not meet NAM 1 as he claims.

He also added that the Ministry of Justice is vindicated after ‘justice has been served’ in favour of NAM 1 .

“It is improper for anybody in running commentary to pass a judgement on the guilt of a person before a court takes a decision…I think that as a Ministry of Justice, looking out for nothing but justice, we feel vindicated that justice has been served, and we can only say that the young man will pick up the pieces, get the money and settle his customers and he can move on with his life” he stressed.

What is next for Menzgold customers?

Mr. Kpemka in answering a question on government’s next move to get NAM 1 back into the country said government will take a decision in the coming days to ensure NAM 1’s return to the country.

Mr. Kpemka says there’s a 30-day period for a possible appeal against NAM 1 in Dubai, and that he can only return when that elapses. He however did not give the impression that government intends to take a stringent action against him upon his return.

“There will be a decision, it has not been taken yet… We are waiting for the 30 days to elapse and when it elapses we will have to find a way to make an arrangement with the consulate and our mission in Emirates to ensure his safety and his return back home to settle his customers.”