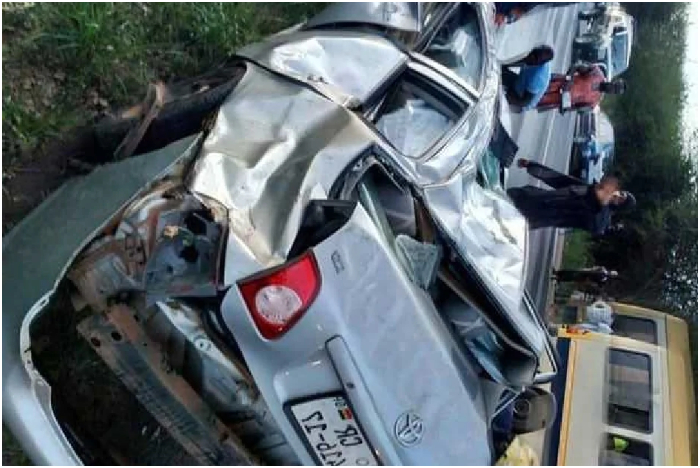 News gathered indicates that a National Democratic Congress (NDC) chairman, known as Mohammed, lost his wife and children in the accident that occurred at Kintampo on Friday, March 22, 2019.

Information available shows that the Kintampo accident occurred on the Amomoa-Nkwanta stretch of the Techiman-Kintampo Highway.

Per a Peacefmonline report, the widower is the Winamda polling station chairman in the Sekyere Afram Plains constituency.

Donkor Fuseini, a former District Chief Executive (DCE) for Sekyere Afram Plains during the previous NDC administration, made the disclosure.

The deaths of about 70 people in the accident have sparked another round of heated debate over road safety in the country due to the high number of casualties involved.

A mass burial has meanwhile been organized for those who lost their lives due to the accident. The former DCE expressed his condolences to Chairman Mohammed and the bereaved family on behalf of the NDC members at Winamda and Ghana in general.