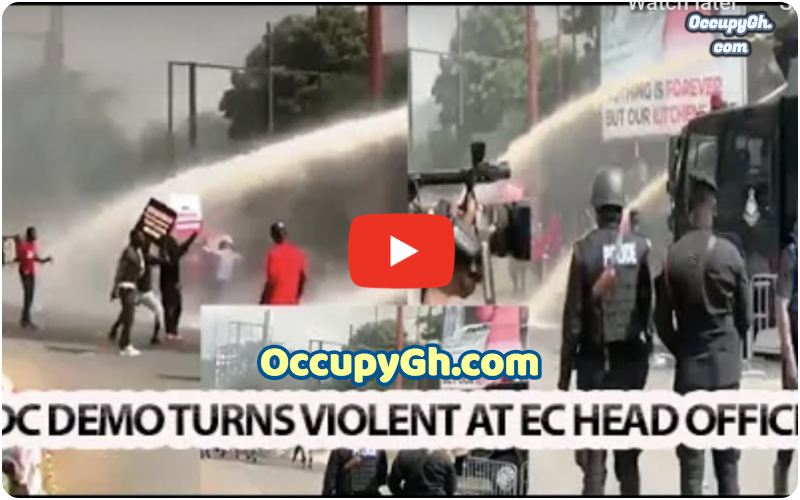 A video that has just surfaced online social media suggests that a demonstration that was organized by NDC sympathizers at the Electoral Commission head office in Accra has turned violent.

The protesters burnt tires, pelted the security personnel with stones, and blocked roads leading to the office.

Reports indicate that a supporter shot at a police van which compelled the police to fire rubber bullets and warning shots in response.

A team of joint police and military personnel dressed in full riot gear were deployed to the scene.

They mounted barricades and prevented the angry supporters’ access to the EC premises. The situation caused gridlock around the EC Head Office at Ridge in Accra.

This comes after the EC declared the incumbent President, Nana Akufo-Addo the winner in the December 7 polls.

This comes after the EC declared the incumbent President, Nana Akufo-Addo the winner in the December 7 polls.

John Mahama lost to the incumbent and NPP Presidential candidate Nana Akufo-Addo by a difference of 517,231 votes.

In this article:Electoral Commission of Ghana, Jean Mensa