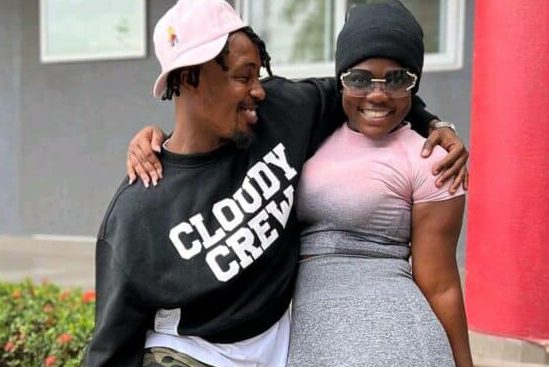 Asantewaa and Dancegod Lloyd have frequently been in the news as a result of persistent rumors that they are engaged in a committed relationship.

According to rumors, the relationship also resulted in a pregnancy, which was later aborted in order to prevent embarrassment and shame.

All of these were purportedly disclosed by Eyram, who has been at odds with Asantewaa for the past two months after she was accused of spending Ghs 30,000 on her cousin’s building.

In light of this, a video of Dancegod Llyod kissing Asantewaa and holding her close like his lover has gone viral amid rampant rumors.

Because of the controversy surrounding this video, many people now believe that they were once romantically involved.

Meanwhile, on the internet, the video has received a ton of feedback. Listed below are a few of such comments:

Killer Nkuto: “So this rumours bi some true distin bi”

READ ALSO: AHH! Over 20 TikTok Stars Invited To UTV Reject GH¢3K Given To Them To Share