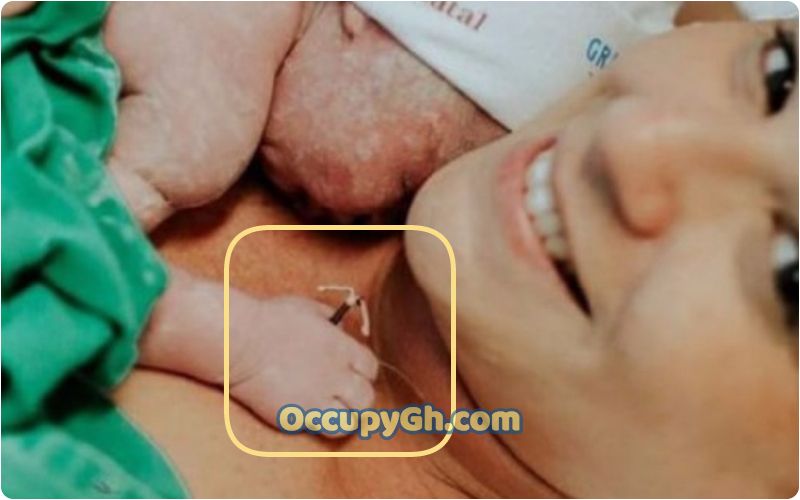 Photos of a newborn baby holding his mum’s contraception coil which failed to prevent her from getting pregnant with him, have gone viral on social media.

The story behind the viral photo has been revealed and it isn’t a mystery as might be expected.

It was gathered that the 32-year-old mom, Paula dos Santos Escudero Alvarez, had been using birth control, called an intrauterine device (IUD), for three years.

However, she still fell pregnant which wasn’t supposed to happen because the device works for between five and ten years.

She carried the pregnancy to full term and gave birth to her son, named Bernardo, on July 4 2021, in the Brazilian city of Rio de Janeiro.

Bernard was born healthy at 32 weeks, weighing just over 3kg (7lbs). He was described as a miracle because his mum’s case is extremely rare.

Immediately after he was born, the doctors removed the coil and placed it in his hand.

Check out the photos below (SWIPE) or visit OccupyGh.com for more related stories.

In this article:Instagram, Motherhood, Viral