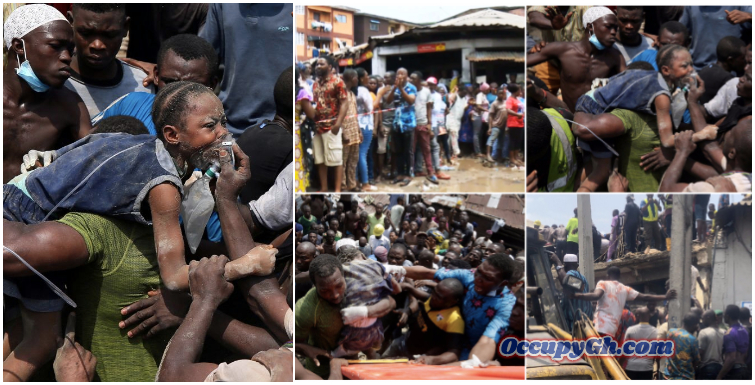 A Nigerian woman who lost two of his children in the Lagos building collapse has reportedly committed suicide out of grief.

According to a report by SaharaReporters, the collapsed building in Lagos Island on Wednesday resulted in a mother, who lost her two children in the incident, to commit suicide after she received news of the death of the children.

It was learnt that she gave birth to the two children, who were between the ages of six and four, through Caesarean Section (CS).

The woman and her husband live in Gambari area of the Island.

Some residents of the area who narrated the incident said she bought a bottle of insecticide called ‘Sniper’.

“Nobody knew what she wanted to do with the Sniper. But a few minutes later, we saw the bottle beside her where she was sleeping and we found out that she was already dead,” a neighbour, who preferred not to be named, said.

Sympathisers, however, thronged their house to condole with the husband and family members.