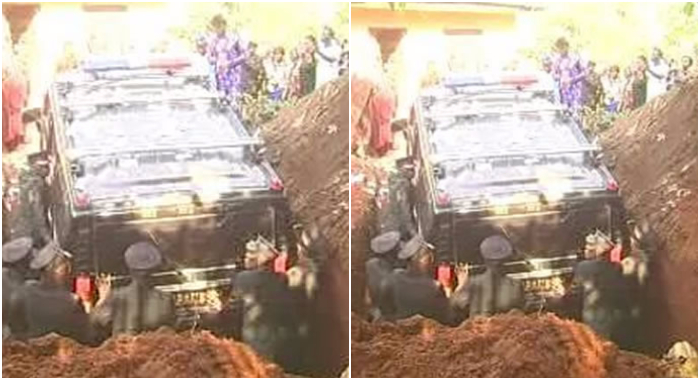 A Nigerian billionaire whose name has been given to OccupyGh.com as Chief Ade Azikie decided to bury his girlfriend with an expensive Hummer SUV instead of the usual casket when she died after a short illness last week.

According to reports, the billionaire promised to give the hummer to the girlfriend when she was sick—sort of trying to encourage her to get well.

And when she died, he decided to honour his promise to her by by ensuring that she went underground in the fully loaded hummer.

OccupyGh is told that, onlookers were surprised—considering the fact that the burial took place in a small poor village where most people struggle to have 3 square meals.

In fact, the billionaire himself was worried that thieves would out at night to steal the hummer—and as such ordered for several layers on concrete and cement to be used to cover it. He also hired 6 watchmen to police the graveyard.

This is just a girlfriend—perhaps if the wife die, he will bury her with a whole aeroplane.