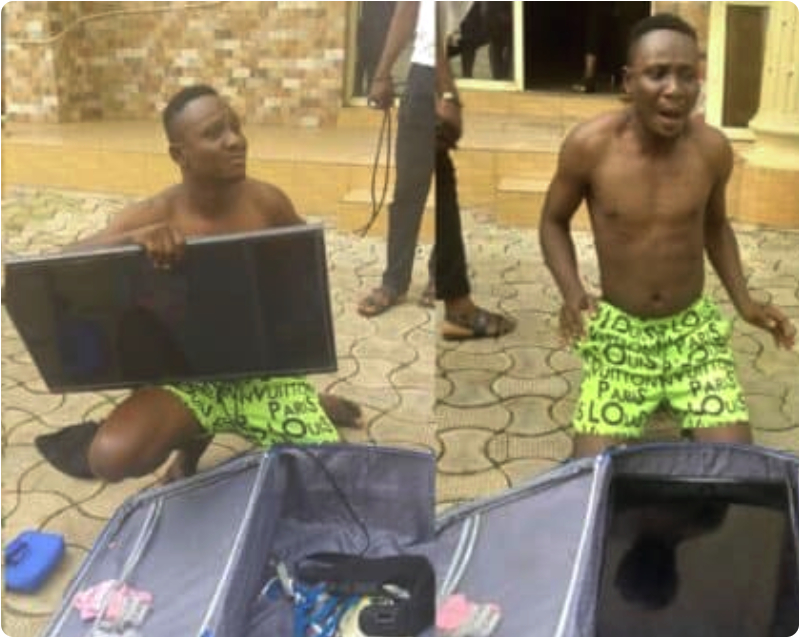 A Nigerian man identified as an Instagram blogger has been caught stealing a plasma TV set from a hotel he lodged in over the week.

The suspect was nabbed with the Plasma TV placed in a trolley bag after the hotel’s security insisted on running a check.

Netizen, Vera Iyo notified other hotels of the new antics employed by robbers as she shared photos from the scene of the incident.

“This guy came to Kyabiz hotel MKD, Gboko road to steal this plasma TV but unfortunately we caught him. This should be a warning to other hotels, these people are not joking o.

While he was caught he had keys to order hotel rooms, should in case you have a missing Tv in your hotel check every division.