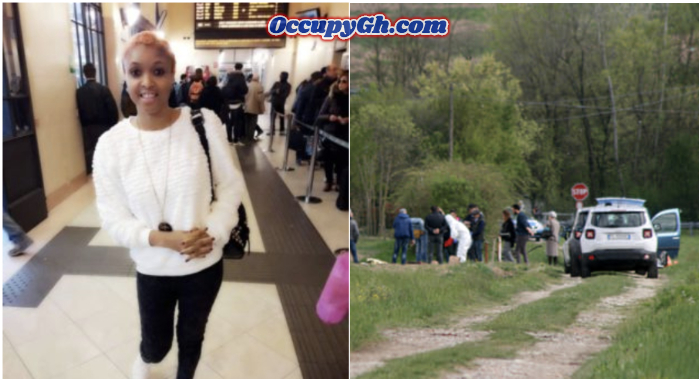 The Nigerian lady killed in Italy has been fully identified by people who knew her: She was Blessing Benedicta Daniel, popularly called Anita.

According to the provincial paper Modena Today, she was killed in Albareto, by a man who was her sex client.

The 40 year-old man, Leopoldo Scalici handed himself over to the police and confessed he was the killer.

Blessing, who was called Benedita Dan in the story, was a sex worker in the industrial area of Modena Nord. Her body was found on 7 April in a ditch.

In a reconstruction of the murder, in the night between Saturday and Sunday Scalici approached Blessing on the street, carried her in his van and took her to a secluded place for sex.

Modena Today guessed that Scalici must have been provoked into aggression after being dissatisfied by the sexual act.

“Scalici said he hit the stranger at the head, using a heavy workbench vise. A blow that would have been lethal.

“The exact place where the crime took place has not been disclosed, but it can be assumed that it took place in one of the various secluded pitches used by African prostitutes practicing in the industrial area of ​​Modena Nord”.

The killer has been arrested and autopsy has been ordered for Blessing Benedicta Daniel.

Kelvin Okoh Jacob, CEO of Oxford Events in Italy, who posted photographs of Blessing Daniel on a Nigerian Community News (Europe) Facebook page cautioned Nigerians not to pass judgment on Daniel until the police completed their investigation.

“On the issue of our late Sister from Modena, please we want to beg fellow Nigerians that this is the time of sadness in our community about the death of our fellow citizen. The police is investigating the matter, until investigating is over no one can be sure of what really happened to her. Please and please let’s respect the dead by not sharing information about her that may turn out to the wrong. All we need now is to pray for her soul to rest in peace. Because there is no Man without sin. R. I. P. ANITA.”