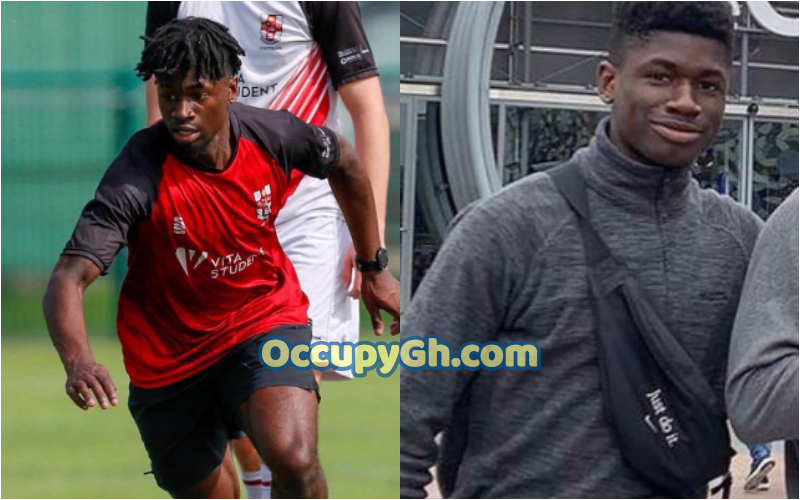 Olisa Odukwe, a Nigerian student who was missing since Saturday has been found dead in Bristol Harbour in the UK.

This is the second time in 2021 that a Nigerian student missing has been found dead in the UK.

The 20-year-old was last seen at his home in Redland at 7 am on Saturday, May 1, with his disappearance sparking an urgent police appeal.

The heartbreaking news of his death was shared publicly online after friends and teammates from his University of Bristol Association Football club had searched nearby Leigh Woods.

Avon and Somerset Police said: ‘Yesterday afternoon, police divers located and recovered the body of a man in Bristol Harbour, near Narrow Quay.

Police have informed the family of 20-year-old Mr. Odukwe, whose death is not being treated as suspicious.

‘While formal identification has not yet been carried out, we have updated the family of missing 20-year-old Bristol student Olisa Odukwe. Our thoughts are with them at this difficult time. The man’s death is not being treated as suspicious.’

Officers had previously disclosed Mr. Odukwe had been last seen at 7 am on his bike after leaving his home in Redland on Saturday.

He was a 2nd-year mechanics student at Bristol University.

The Bristol University said in a statement: “Our thoughts are with Olisa’s friends & family at this difficult time. Support is available to all students & staff affected by this news – please contact our wellbeing services for help, as well as seeking support directly from friends & family.”

In this article:Bristol, Nigeria, Olisa Odukwe