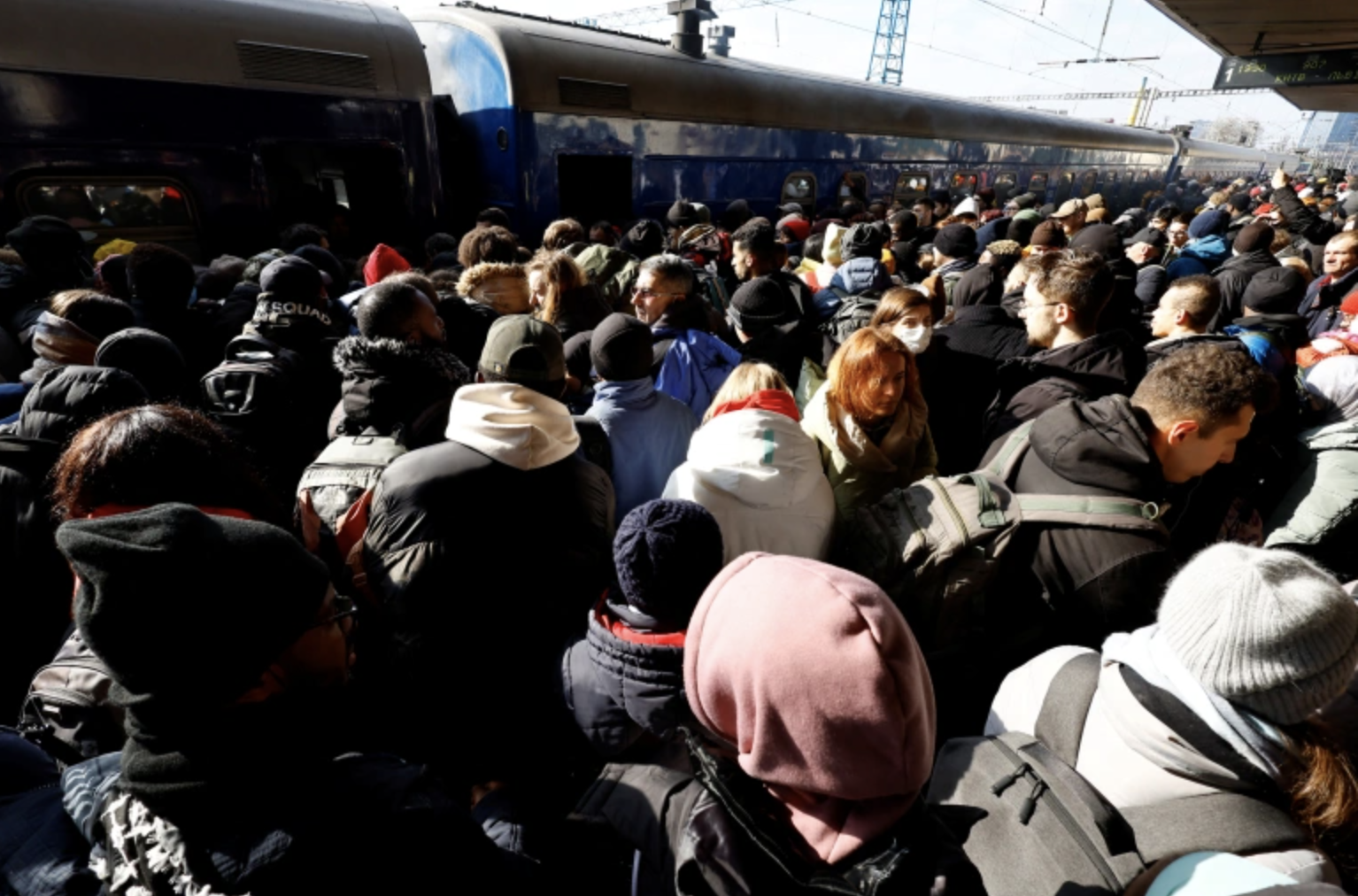 Nigerians BANNED From Traveling To Ukraine To Fight Against Russia

The two countries said they are against the use of mercenaries in conflict and warned their citizens against becoming soldiers of fortune.

Senegal was the first country to ban its citizens from travelling to Ukraine last week. The country’s foreign Ministry condemned a Facebook post by the embassy of Ukraine in Dakar, appealing for Senegalese volunteers to join its fight against Russia.

“In view of the seriousness of such facts, the Ministry officially notified, on behalf of the Government of the Republic of Senegal, a note verbale of protest strongly condemning this practice which constitutes a flagrant violation of the Vienna Convention on Diplomatic Relations, in particular with regard to the obligation to respect the laws and regulations of the receiving State.

“Consequently, the Ministry urged the embassy to immediately withdraw the above-mentioned appeal and cease, without delay, any procedure for enlisting persons of Senegalese or foreign nationality, from Senegalese territory.

“Failing this, the Department reserves the right to make any decision that the situation calls for. The Ministry would like to point out that the recruitment of volunteers, mercenaries or foreign fighters on Senegalese territory is illegal and punishable by the penalties provided for by law.”

On Monday, Nigeria’s foreign Ministry followed suit. This comes after hundreds of Nigerians allegedly volunteered to fight for Ukraine against the Russians.

According to Nigeria’s foreign Ministry, Ukraine distanced itself from claims that it was demanding US$1 000 per person from Nigerian volunteers, ostensibly to cover visa and flight costs.

Nigeria insisted that it is against the use of mercenaries in war.

“The attention of the Federal Government of Nigeria has been drawn to an alleged ongoing registration of Nigerian volunteers into the fighting force of Ukraine at the Ukrainian Embassy in Abuja.

“The Ministry of Foreign Affairs contacted the embassy to verify the speculation. The Ukrainian Embassy refuted the allegation but confirmed that a number of Nigerians had approached the embassy indicating their willingness to fight on the side of Ukraine in its ongoing conflict with Russia. Furthermore, the embassy clarified that the Ukrainian government is not admitting foreign volunteer fighters and as such dissociated itself from the claim that it is requesting $1,000 from each Nigerian volunteer for air ticket and visa.

“The Federal Government will continue to engage with the Embassy of Ukraine in Nigeria and other relevant authorities to prevent this possibility.”