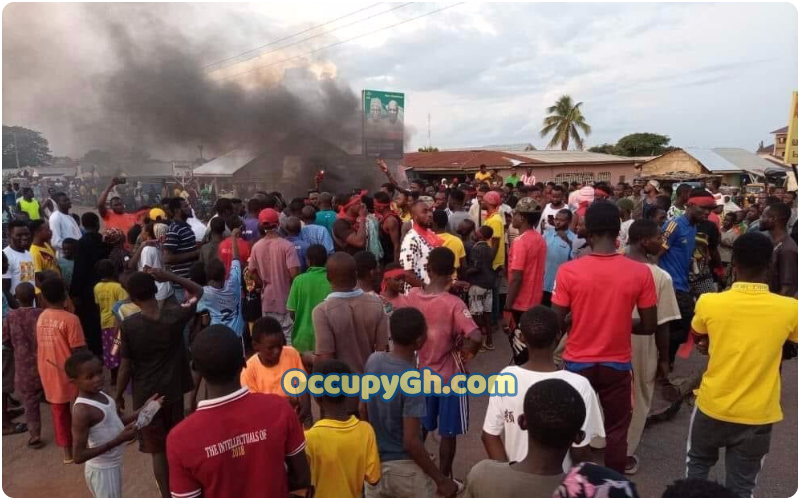 NPP Office In Ejura Demolished By Residents Over Kaaka's Murder

An NPP office in Ejura has been demolished by angry youth following the murder of Kaaka, a member of the #FixTheCountry movement.

The building was reportedly attacked by an angry mob early this morning, 29th June 2021.

Their action comes after two suspects arrested in connection to the murder of Kaaka were linked to the Municipal Chief Executive of Ejura-Sekyeredumase, Alhaji Mohammed Salisu Bamba.

The residents believe the attack on Macho Kaaka was politically motivated, hence their decision to storm the NPP office at Ejura.

Luv FM’s Erastus Asare Donkor confirmed this while reporting on the riot which has led to four persons sustaining gunshot wounds and two dead.

The youth clashed with a joint police and military personnel Tuesday after they stormed the police station to inquire about the extent of the investigation of the crime.