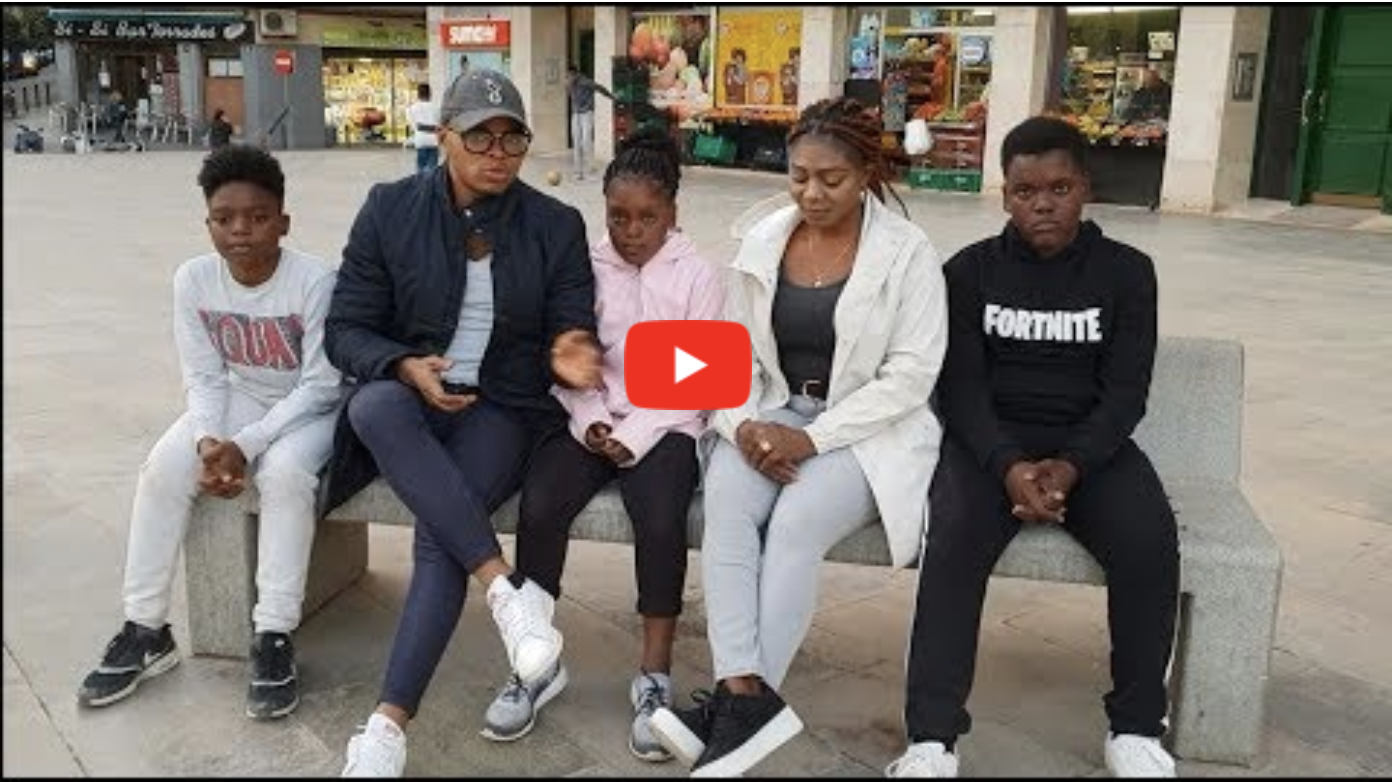 The founder and leader of the International Godsway Ministry, Bishop Daniel Obinim is one of the most popular personalities in Ghana. He is married to Mrs. Florence Obinim but little to none is known about his children.

Well, finally the controversial televangelist displayed his 3 beautiful children for the world to see who they are. He has 2 handsome boys and one pretty daughter who is the last born.

The firstborn is Gifted Obinim, the second who is also a male is named Collins Obinim and lastly the beautiful girl who is called Angel Obinim.

Bishop Obinim showed his kids from Barcelona, Spain where they are staying with their mother, Florence Obinim who has been absent in Ghanaian scene for a while now.

According to Angel Obinim, he has opened a new branch of International Godsway Church in Barcelona after years of being pressured by his members in Europe to do so.

And from what Ghpage.com has gathered so far, the one time famous Gospel Musician, Florence Obinim will likely be the one to lead the Spain church with an occasional visit from Bishop Obinim.

Angel Obinim also used the opportunity to throw jabs at his critics who claim it is not biblical to give lotto numbers as a man of God.

In this article:Angel Obinim, Florence Obinim