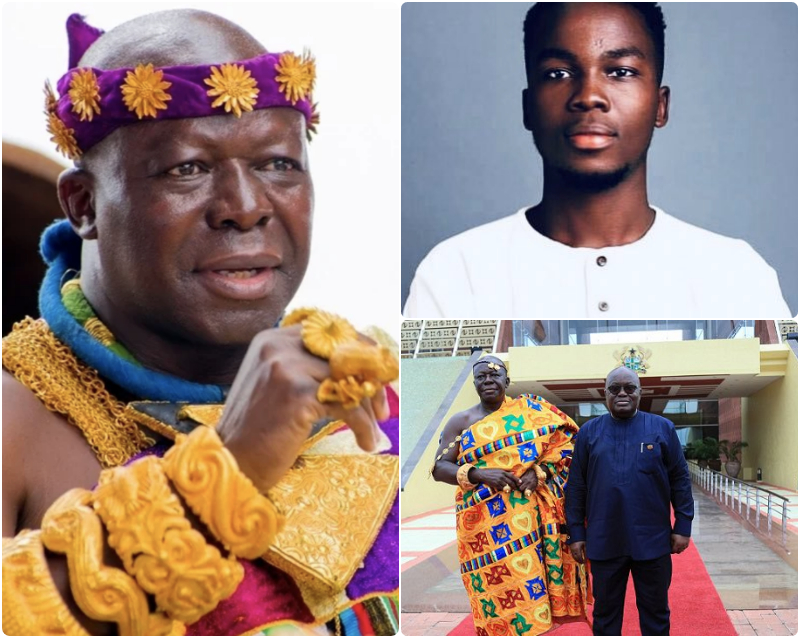 Ghanaian self-acclaimed ‘pessimistic critic’ Bongo Ideas has once again sparked a conversation on social media as he strikes the Ashanti Kingdom.

Referring to the leader, Otumfuo Osei Tutu II as a failure, BongoIdea has alleged that the Ashanti King is also an authoritarian African leader.

“Despite his failures, he hates being called out, criticized or questioned.

His poor area needs transformation and better leadership, not the chasing of critics (Oyerepa FM).

All hail the egoistic king who has offered nothing! “

As expected, netizens reacted to his claims:

@beans_steww:
“I’ll be happy if you say this in Kumasi precisely Manhyia then I know you’re brave. Don’t be on social media Ranting.🙄🙄”

@EddieKh58513703:
“This same King said he knew people in government who are into the galamsay so Odike repeating that makes him bad right. People are really scared to tell him the truth. Kumasi is now a village under his stewardship but people won’t accept the truth.”

@papakwesi_jr:
“Otumfuo knows most of his sub chiefs are involved in Galamsey but yet the king can’t do sh!t to them because some believe he is also beneficial of illegal mining activities.”

Check out a screenshot of Bongo’s tweet below or visit OccupyGh.com for more related stories.