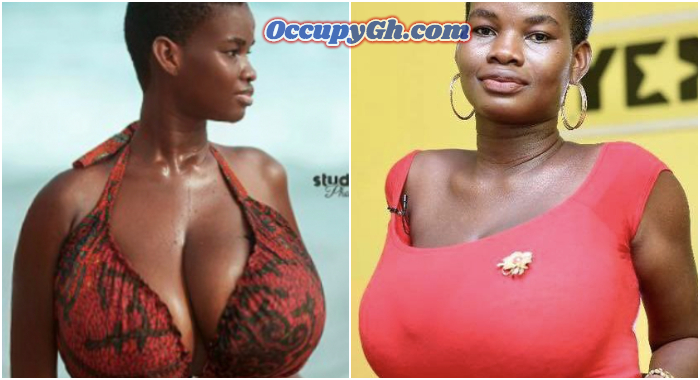 Instagram model, Pamela Odame Watara has revealed that she has dated and slept with five men within one year at age 17 in order to pay for her rent after relocating to Accra from her base in Sunyani .

According to her, she dated these men she refused to name all in Accra before turning 18 indicating that the best thing any of them could offer her was rent for a single self-contained room at Taifa a suburb of Accra.

She revealed to Deloris Frimpong Manso on the Delay Show monitored by MyNewsGh.com that her relationship with these men never lasted because most of them wanted to claim ownership which she was not prepared to.

Asked if she is not scared of sexually transmitted diseases with keeping multiple sexual partners, she disclosed “the last guy I had sex with is a famous guy. It happened in November last year and I started hearing some unpleasant information so I rushed to my doctor for series of tests”

When pushed to respond if the result had turned out to be positive, she disclosed it would have been her fate because there was nothing that could be done about it.

Pamela recently revealed that revealed that she is consistently being harassed my Ministers, Members of Parliament (MPs) and renowned footballers who are crazy over her big boobs.

Some of them she stressed, have personally sent her messages requesting she gives them an opportunity in return for $1,000 dollars but she turns them away because she is not a commercial sex worker.

In this article:Instagram, Pamela Odame, Slay Queen, The Delay Show