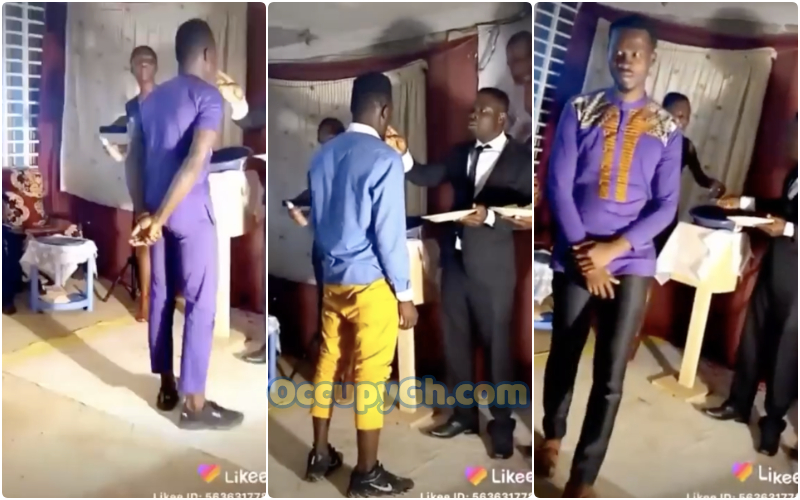 A popular pastor has buzzed up the internet with his out of the world video that is currently making rounds on social media as sighted by occupygh.com.

The pastor in the video is seen pulling a crazy stunt as he eats and orders his congregants to lick his ‘anointed’ fingers.

In the video, the middle-aged pastor is seen eating food and then ordering his brainwashed congregants to lick his fingers, claiming they were anointed.

One by one, the congregants lined up to lick the preacher’s fingers.

She observed that some of the mushrooming churches had been founded on the wrong religious prism.

Ida argued that regulation would weed out religious sects that lacked a clear structure.

In this article:Instagram, Religion, Viral